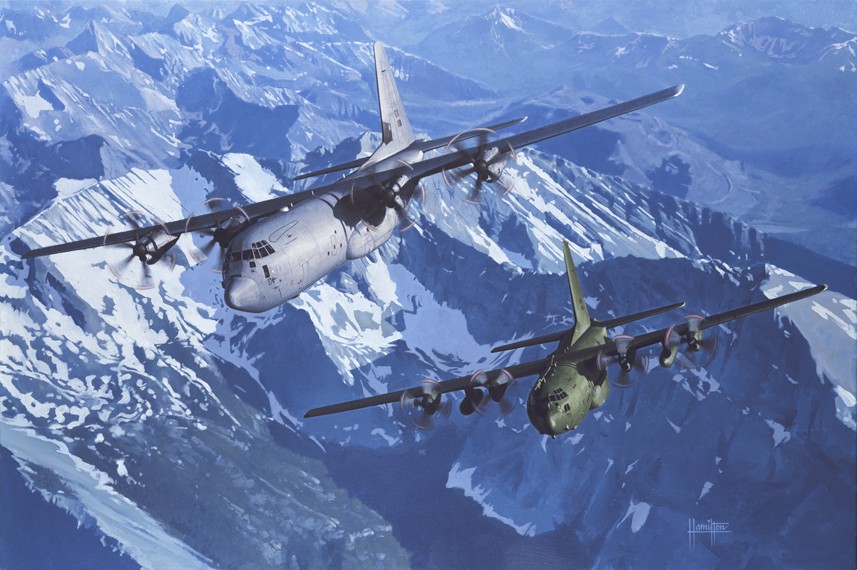 This painting was commissioned by Lockheed Martin to celebrate 40 years of cooperation with Marshall Aerospace of Cambridge on the C130.

The Hercules has been around now for over 50 years. It was first operational with the RAF in April 1967.

As a keen watcher of military aviation in war, peacekeeping, providing aid or just attending air shows, I have always been aware of the role the ‘Herc' has fulfilled in many air forces around the world. I fully expect the new C130-J, as a modern and advanced version of this great aircraft, to go on for another 40 years!