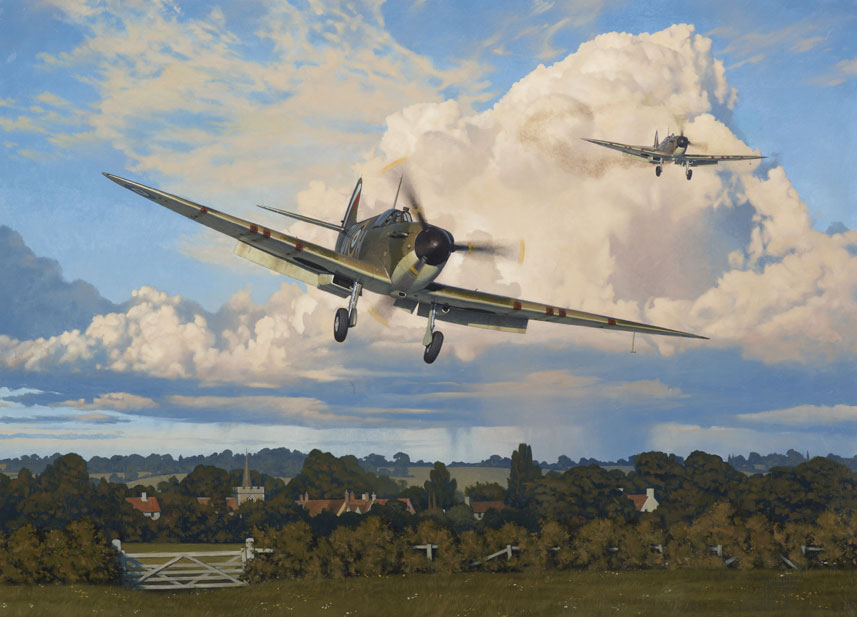 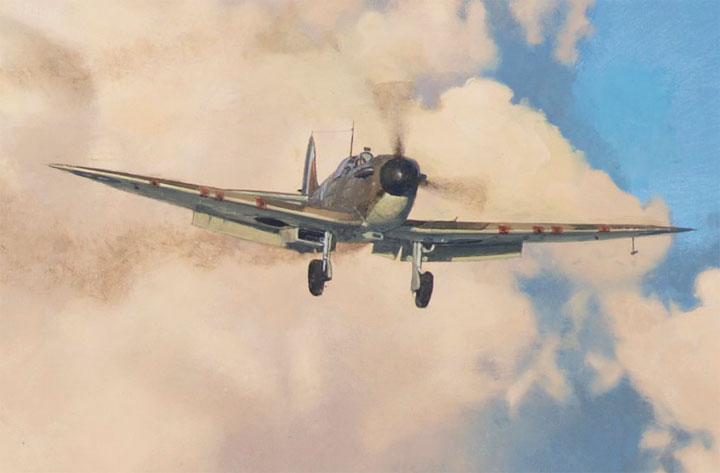 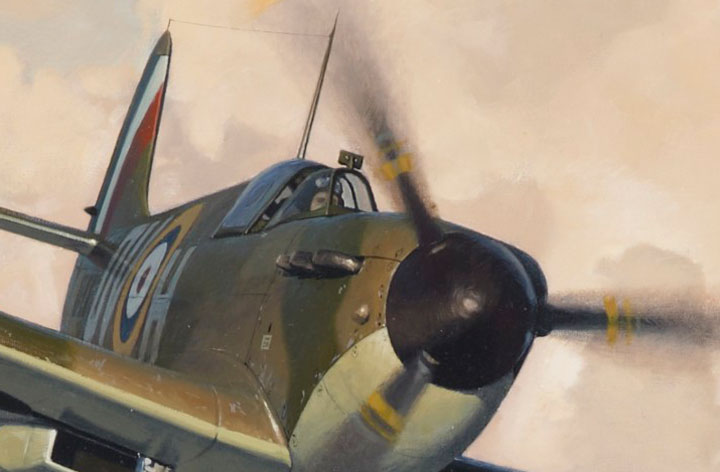 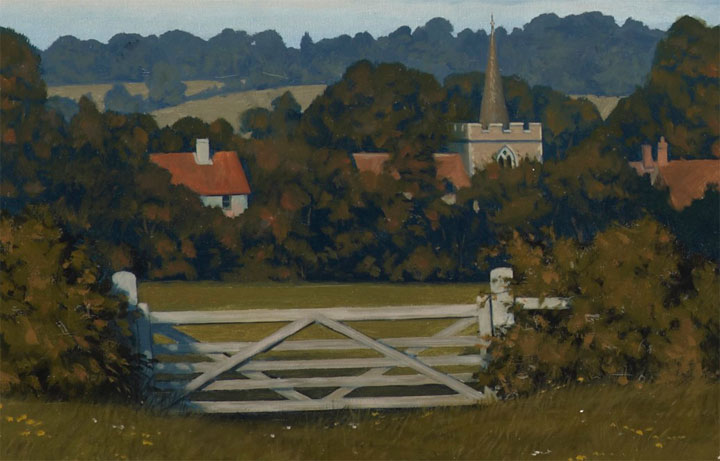 A typical scene from the Battle of Britain. A 19 squadron Spitfire, piloted by Sgt. George ‘Grumpy ‘ Unwin, floats in over the fence to the eastern end of Duxford's grass runway as another spit banks in quite closely behind. Two other squadron aircraft pass over to land at nearby Fowlmere?

Squadrons rarely came back to their home airfield as a unit but in dribs and drabs. The nature of the fighting demanded that you look after yourself and if possible your wingman. Often in accounts of these battles, pilots would tell of their vision full of wheeling aircraft, and then quite suddenly nothing but empty sky. Similarly if a pilot were to chase an enemy aircraft for any time, when the combat was finished, he would have to find his way back to base alone. Only after a time at their home airfield, after scattered reports of missing squadron members been gathered, could the action be pieced together and called a good or a bad day.