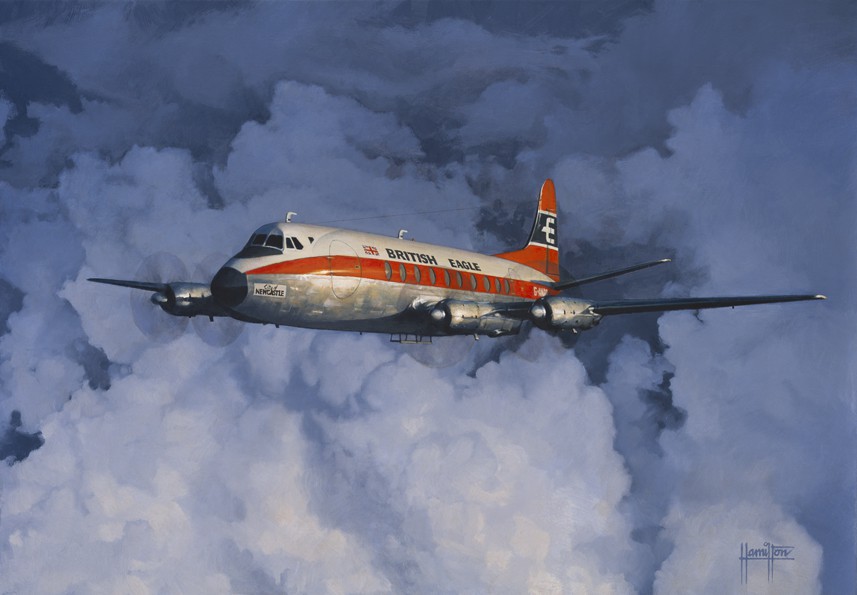 This painting was commissioned by a client to give to her husband who had flown on the aircraft from Speke Airport, Liverpool. The Viscount was the first turboprop airliner to enter service anywhere in the world, and continued in service in the form of stretched and more powerful variants until the early 1970's.

British Eagle was a well known and respected airline in the 1960's, and its aircraft with the distinctive Eagle logo on the tail fin were very recognisable