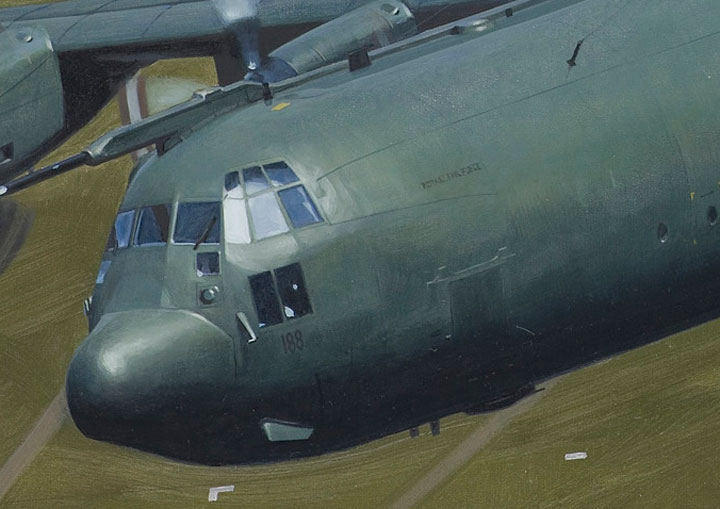 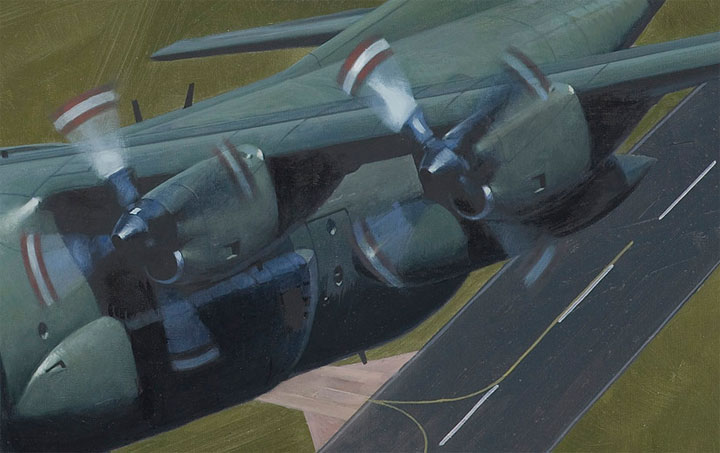 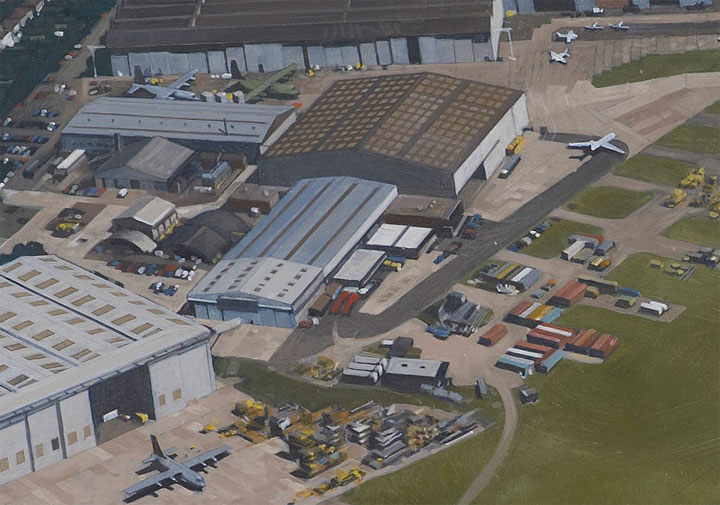 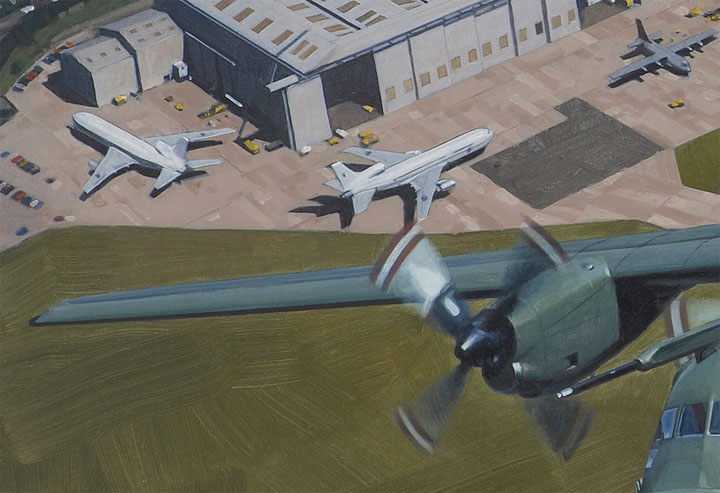 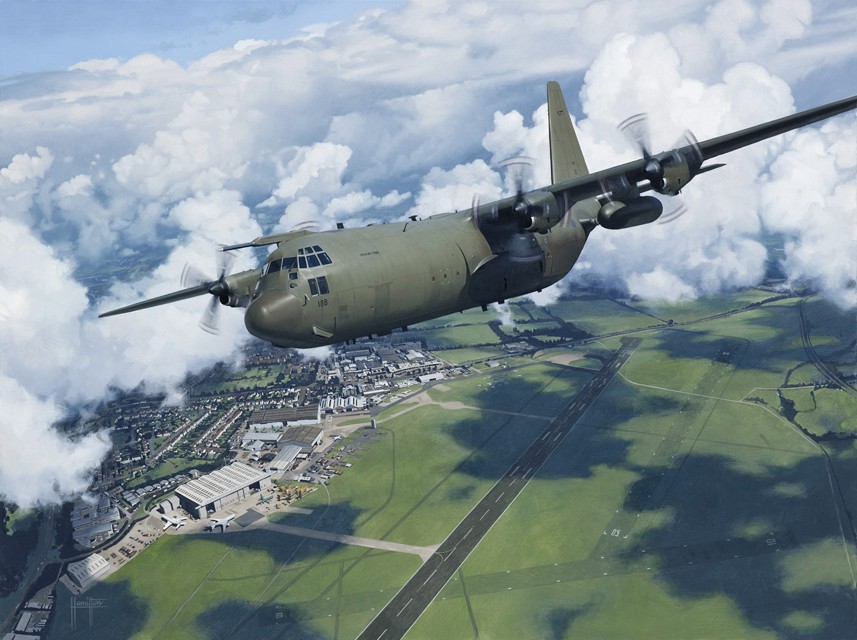 This painting was a special commission from Marshalls of Cambridge to be presented to the Royal Airforce Club in memory of Sir Arthur Marshall.

The aircraft XV188 an RAF Mk3A, can be seen overflying Cambridge airport, Marshall's operating base since 1938. They have handled the fitting of RAF equipment to newly delivered aircraft, the heavy servicing and repainting of all RAF “hercs”, and facilitated all manner of maintenance to the RAF Hercules fleet since the first RAF C-130 in 1968.