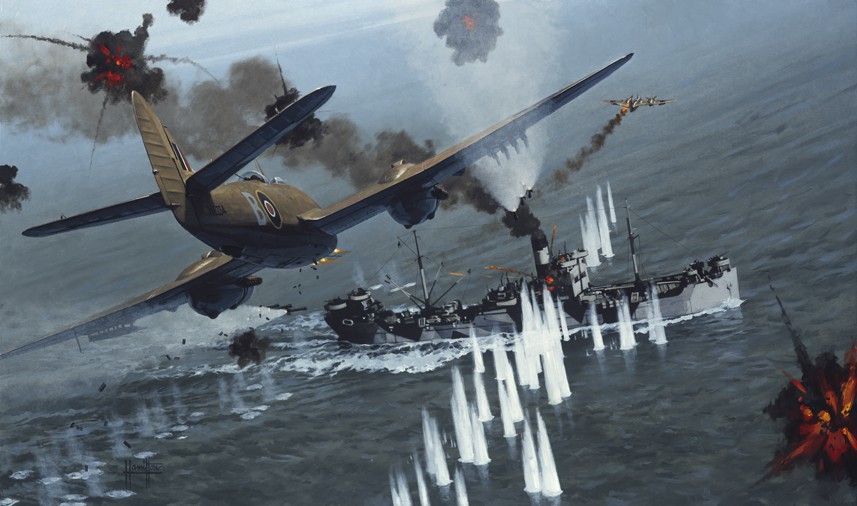 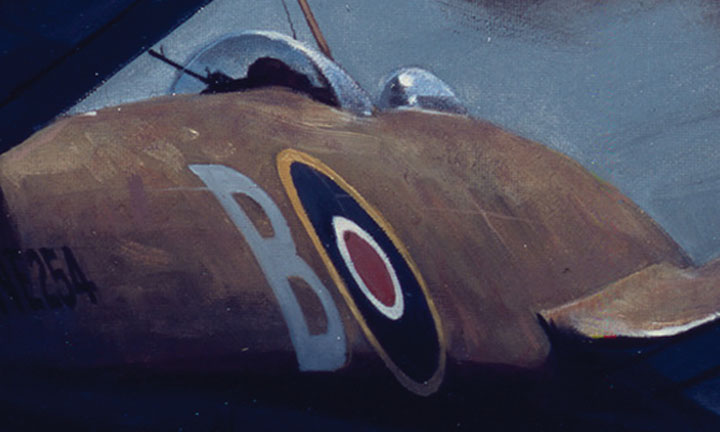 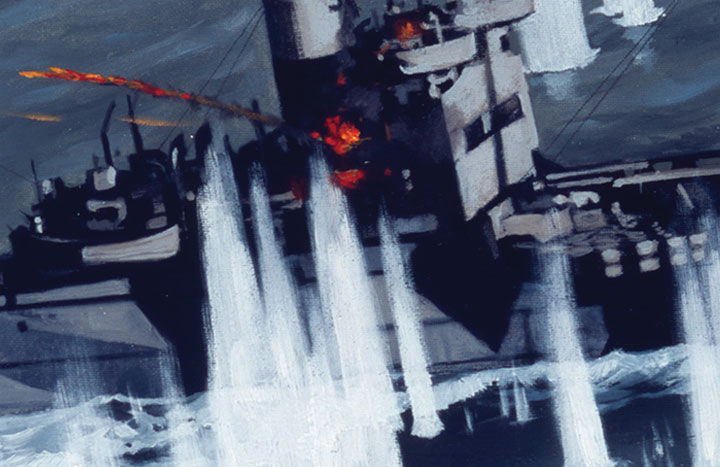 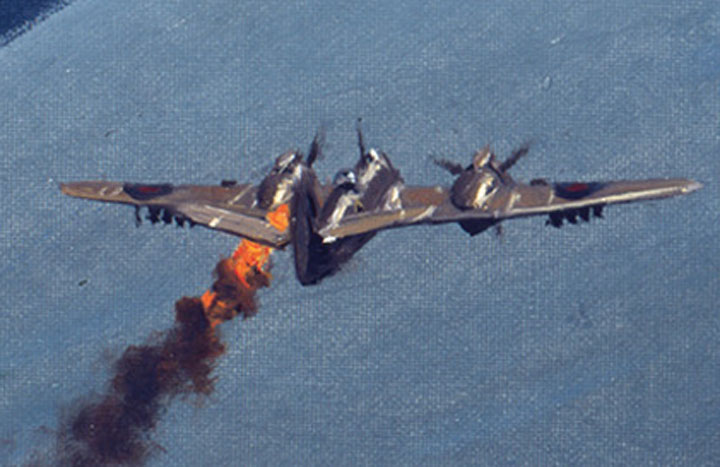 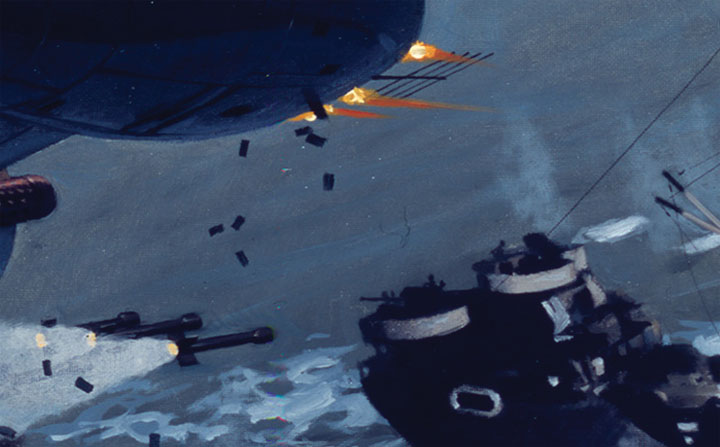 This was commissioned by a client wanting a painting of an actual attack made by his father flying as an observer/navigator with 252 squadron operating Beaufighters over the Med and Aegean from Egypt.

His squadron along with 3 others attacked a convoy north of Crete on June 1st 1944, consisting of 3 supply ships, 4 destroyers, several smaller motor vessels and air escort.

The Commanding officer was hit on the first run in and crashed beyond the ships. ‘B' with Flying Officer Haddon on board then attacked the ‘Sabine' with a full salvo of 8 6lb rockets and cannon, sinking her. Meanwhile, escorting Beaus were dealing with the enemy fighters.