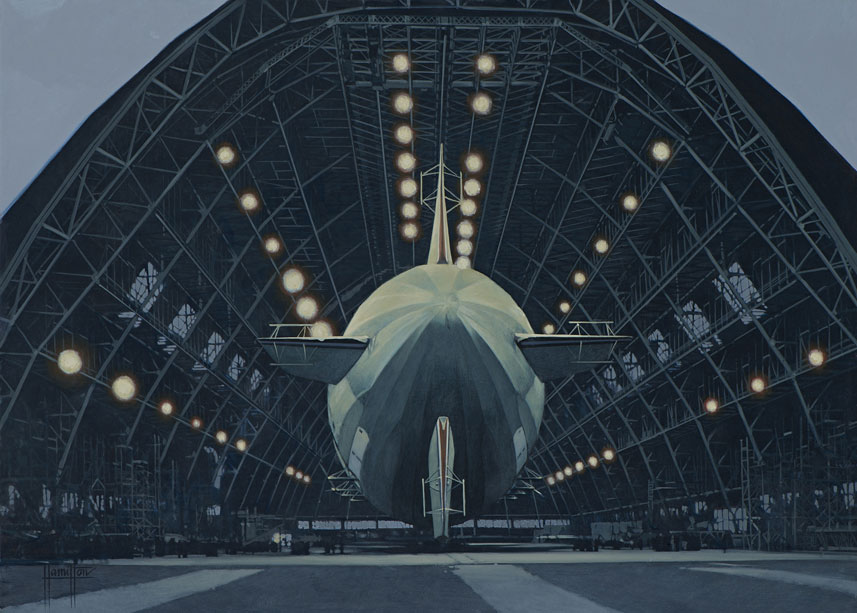 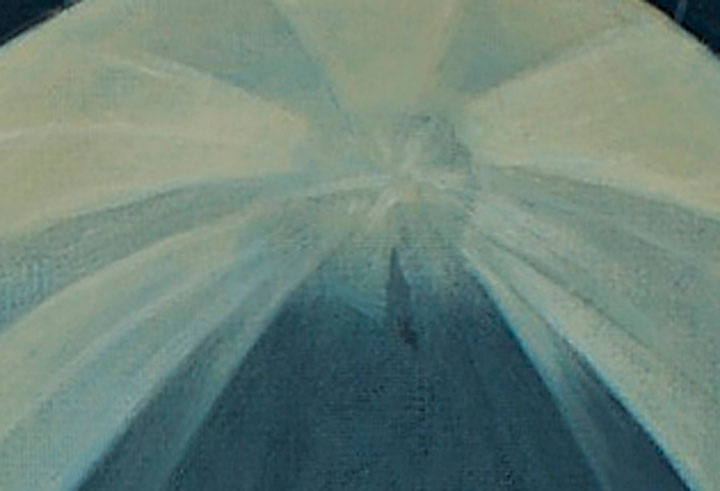 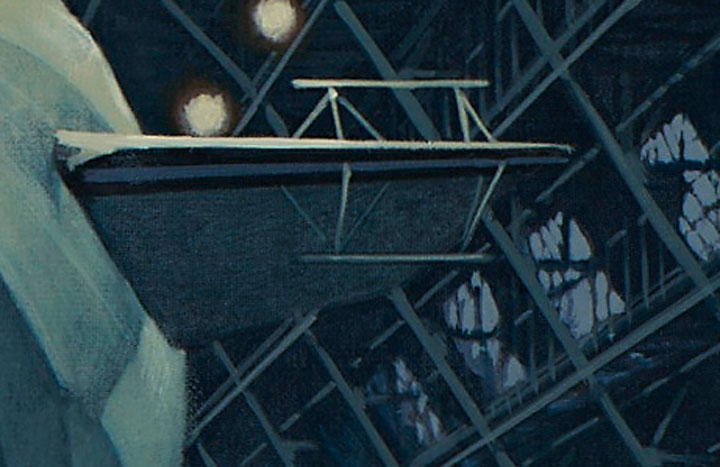 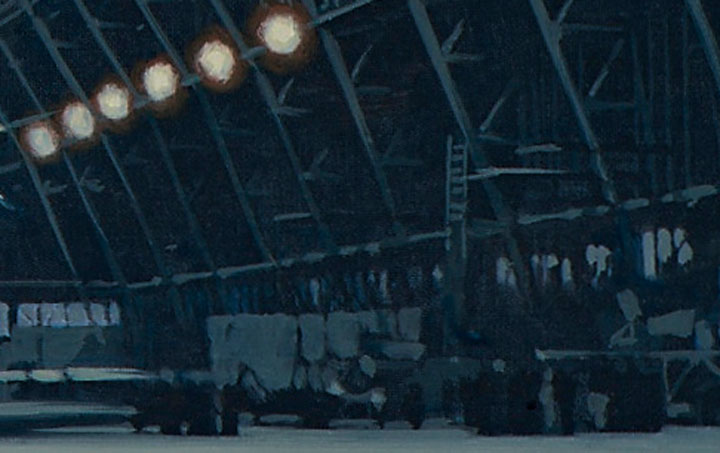 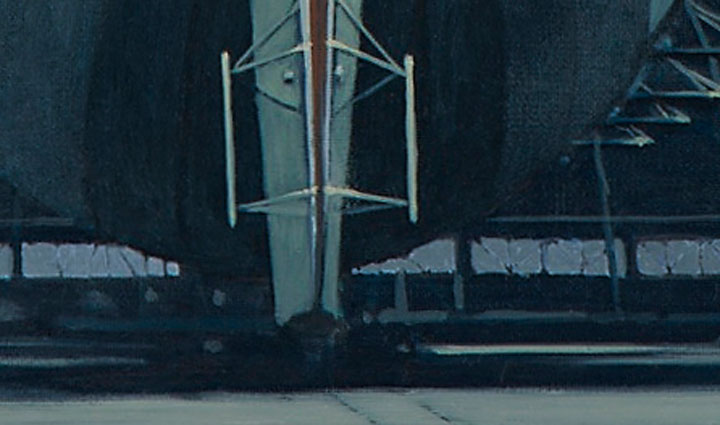 My painting shows the USS Macon nearing completion in her huge hangar in Akron Ohio. She was designed by ex-zeppelin experts as a fleet scout, and was conceived as a flying aircraft carrier. The Macon carried 5 Curtis Sparrowhawk biplanes, which could be launched and recovered in flight by means of a trapeze device under the airship hull, then withdrawn, stored and maintained in the internal hangar deck.

The Macon was filled with helium, a non-flammable gas. It was fitted with eight diesel engines mounted internally, each driving a propeller that had an early form of thrust vectoring, in that the propeller could be rotated to provide thrust not only forward and reverse, but also vertically downwards to assist in take-offs and landings.

The Macon was lost on 12thFeb 1935 in a storm off the coast of California. After a structural failure in the tail and loss of control, she came down in the sea, with all but two of her crew being rescued.