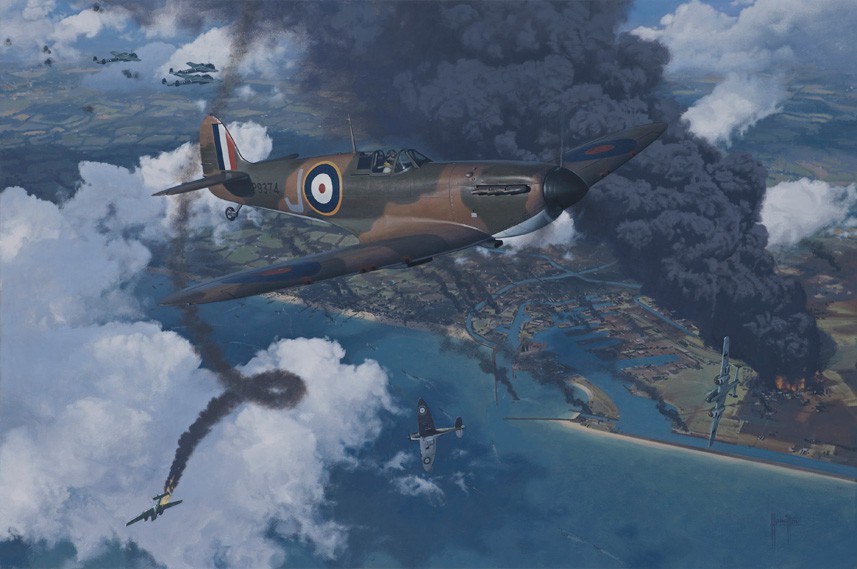 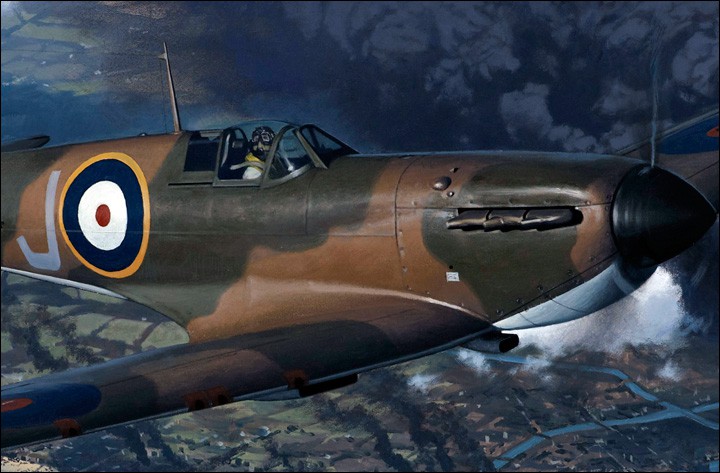 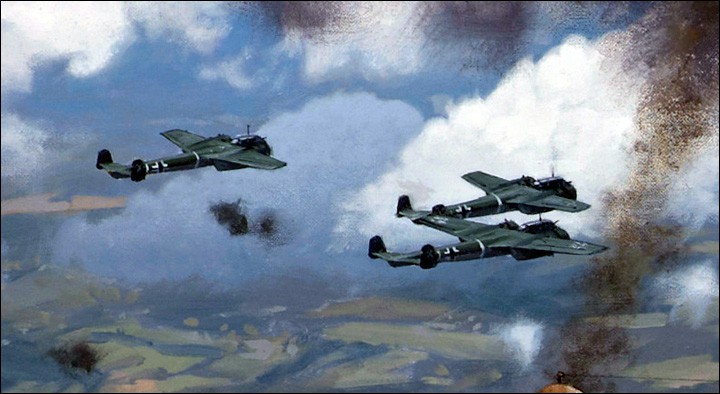 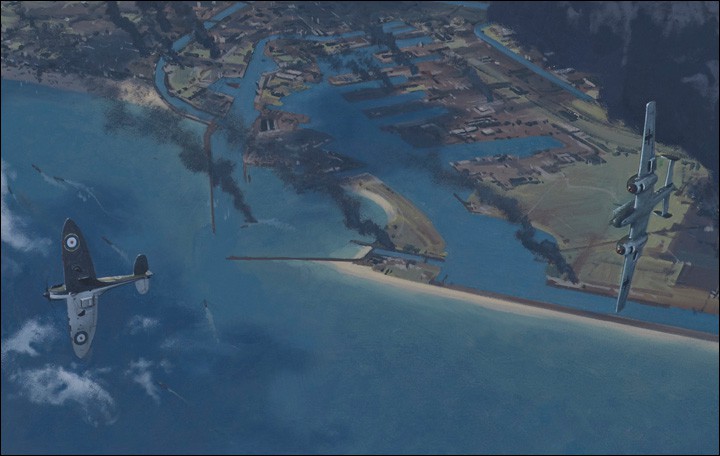 The story of Spitfire P9374 is well known to warbird enthusiasts, but is worth repeating here for those that are maybe not as well informed, but interested.

Early on the morning of 24 th May 1940, Pilot Officer Peter Cazenove of 92 Squadron, took off in P9374 J-Jig with orders to patrol with the squadron between Calais and Dunkirk, where the Royal Navy was attempting to evacuate the retreating British and French troops from Dunkirk and the adjacent beaches.

92' got into a scrap and P9374 was hit, probably by return fire from Dornier 17 bombers they were attacking, and P O Cazenove managed to make a wheels-up landing on the beach just north of Calais.

Over the days and weeks that followed, with the work of the tides, the aircraft settled into the sand, eventually becoming completely covered. And there it stayed untouched, until in 1980, a storm left it partially uncovered. After it was raided by souvenir hunters, and rather brutalised by a somewhat thoughtless salvage operation and removal to a French museum, it was purchased, and carefully restored back to pristine flying condition, using as many genuine parts, and as much authenticity as possible.