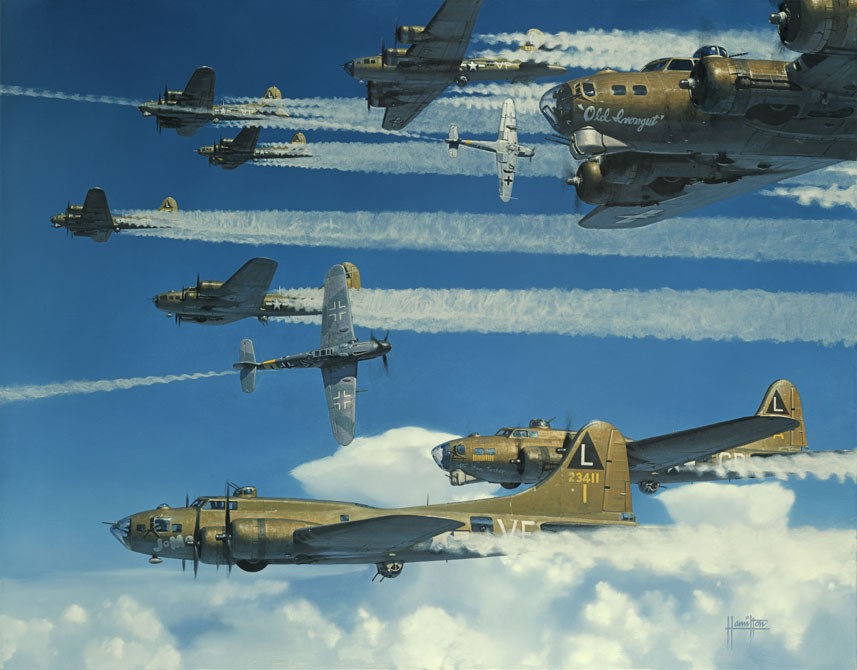 11th January 1944. The 8th Air force is building up to what will become known as ‘Big Week'. In preparation for the invasion of Europe, the Americans were tasked with destroying the factories and complexes producing fighters, and told to also destroy the Luftwaffe in the air.

However, the weapon that was the 8th Air force was still growing, and learning how to use that weapon still being developed. The principle bomber escort fighters, P47's had only started to use pressurized auxiliary fuel tanks in September 43. P38's had only arrived in England in October. The blind bombing radar H2X, enabling some kind of accuracy when bombing through solid cloud, was first used by pathfinders in November. The fighter that was to become the key to large daylight raids deep into Germany, the P51, had only just been introduced in December. The defensive armament of the bombers themselves was being developed, and the introduction of the B17-G, with extra forward facing guns in a chin turret, only happening in December also.

The 381st Bomb Groups target on Jan 11th was the aircraft assembly plant at Oschersleben. All 3 Bomb Divisions had set out, but the 2nd and 3rd had received a recall message, leaving the 1st Division, including the 381st, alone and short of escort fighters, as some had failed to rendezvous with the bomber stream.

My painting shows the bombers at an altitude of 20,000ft with an air temperature of –32C, being attacked head on by a pair of Bf 109G's of III/JG11.These attacks continued almost constantly from the Belgian border to the target. Of the 150 B17's that pressed on to Oschersleben, 50 were shot down, some by flak, mostly by fighters. The 381st put up 33 and lost 8. That is 80 men. In one day. May I suggest that at this stage of the war, winning was certainly not a “…done deal”.