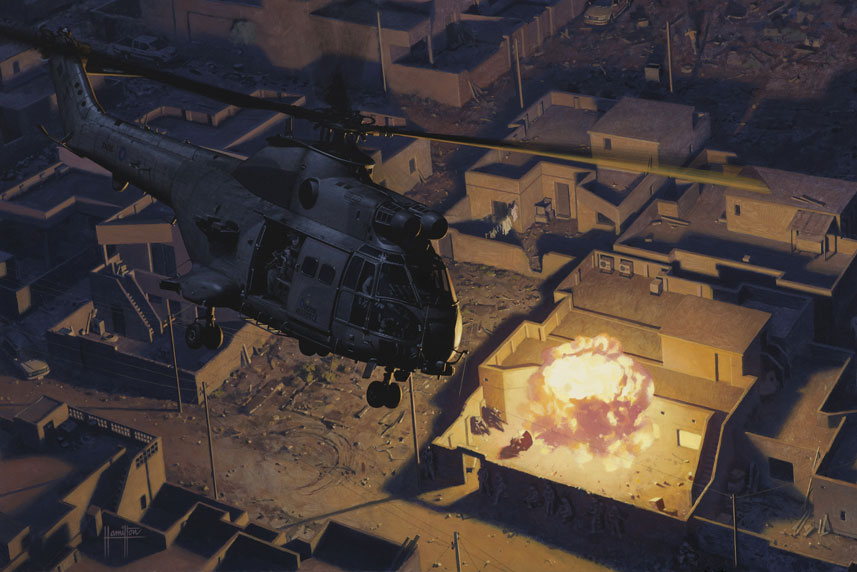 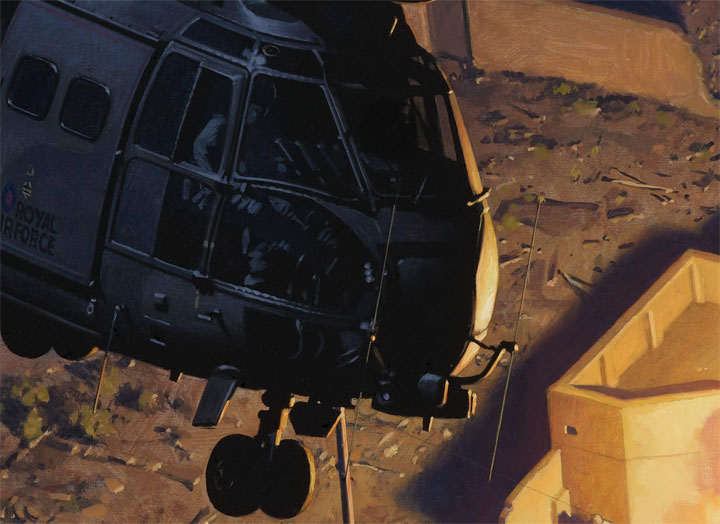 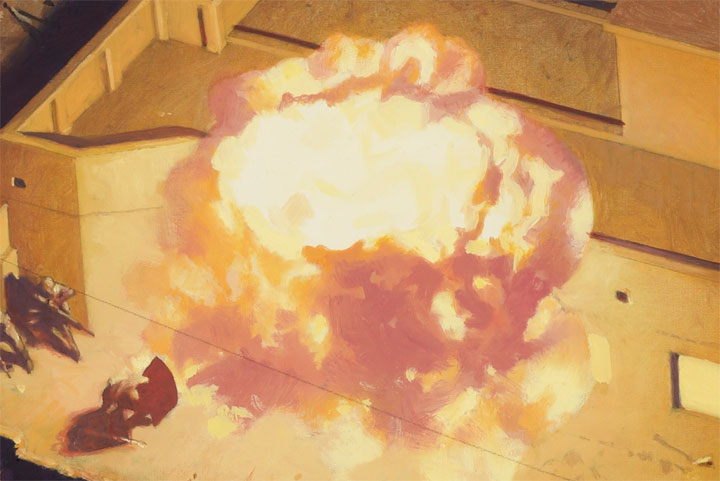 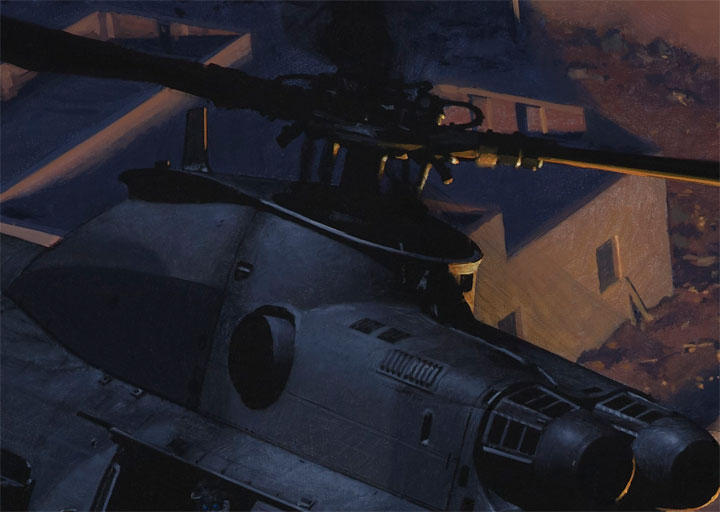 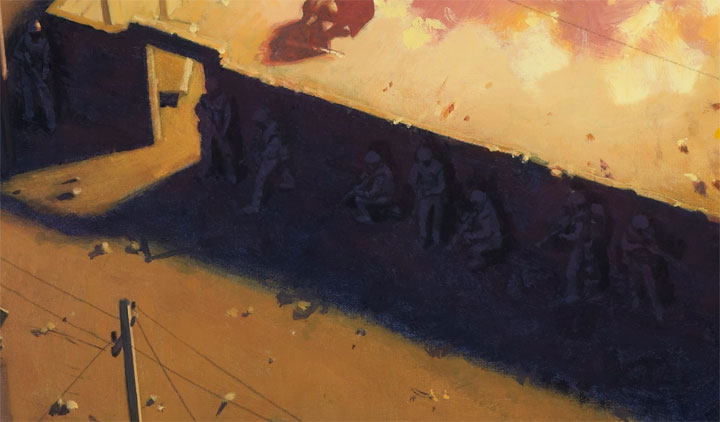 From Jul 2004 to May 2009 the Puma Force were deployed to Baghdad, Iraq, in support of UK forces. During this period the Puma Force flew what was probably the most hostile and challenging operating environments of the time. The efforts of the Puma Force helped wider coalition forces bring stability to the capital of Iraq, but not without cost. This painting depicts one of the more interesting nights where an aircraft was caught in the blast of a suicide bomber.