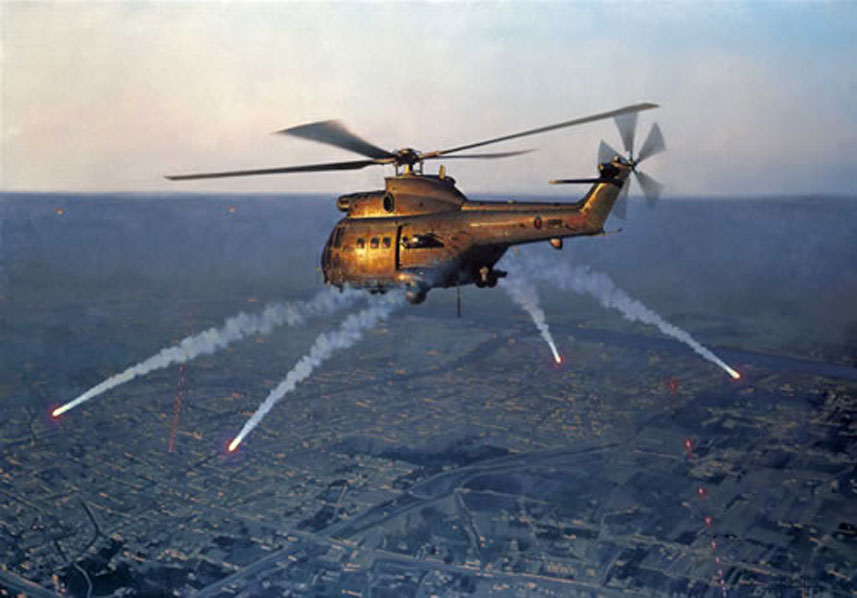 PRINTS FOR THIS PAINTNG ARE SOLD OUT

My first commission for the Royal Air Force.

A Puma helicopter from 230 (Tiger) Squadron over Iraq's 2nd. City of Basrah during Opration Telic III in 2004. The Squadrons surveillance aircraft first deployed to Iraq in October 2003 and were constantly in the forefront of combat support operations against local insurgents and Former Republican Guard Extremists. The ever-present threat from ground fire is evident, and the Puma is seen deploying its flares to combat a possible Surface to Air Missile launch.