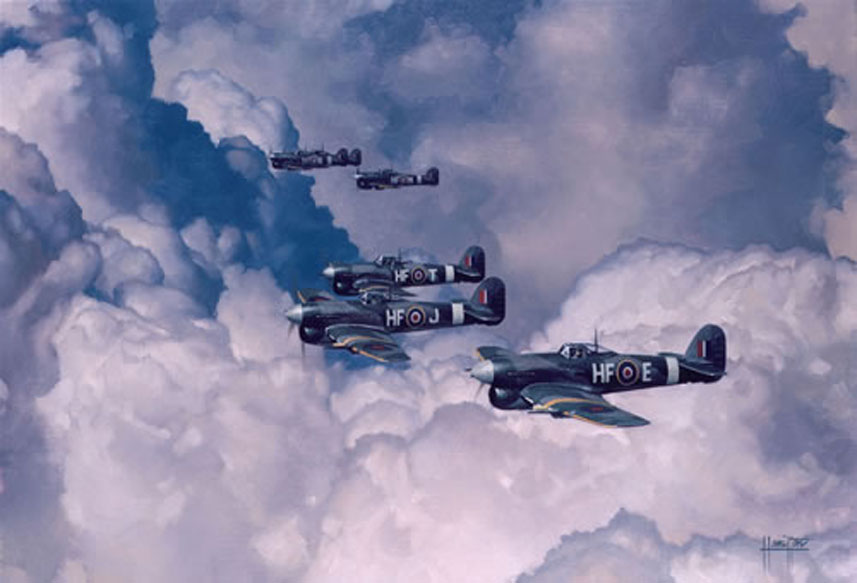 The start of service life for the Tiffy was not an easy one. Reliability problems with the Napier Sabre engine, exhaust gases entering the cockpit, and cases of the whole tail unit coming off when recovering from a dive. Performance figures were also disappointing for a fighter. However, it was soon realised where its strong points were, in ground attack. So first with bombs and then rocket projectiles, the Typhoon made its name in the long and dangerous fight across occupied Europe, attacking everything from armour to rail transport.

The painting shows a formation of 1B Bombphoons of No. 183 Squadron