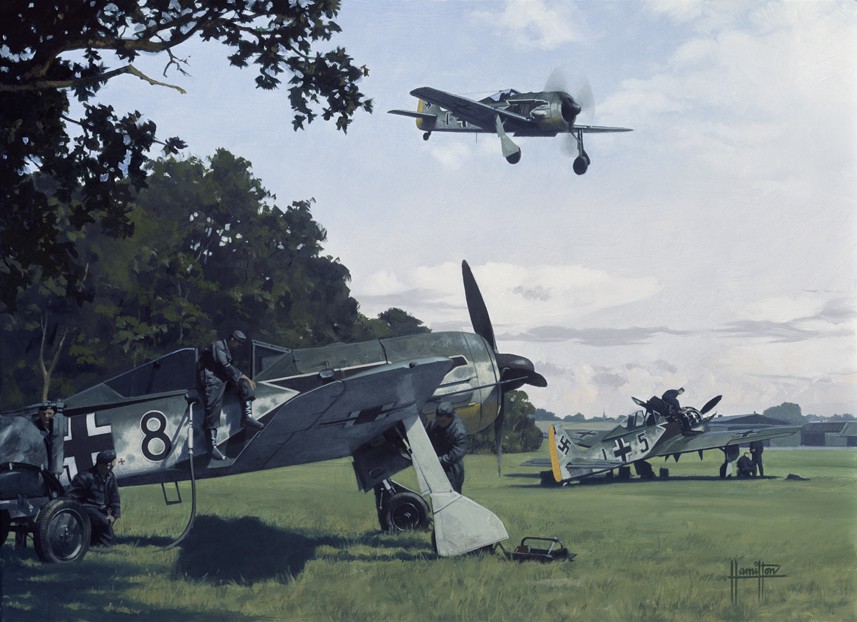 Fw190 A/3s of JG2 refuel and rearm on a dispersal in Northern France.

I am often struck in photographs of the time, which show not the differences in the two combatants each side of the Channel, but the similarities.

By 1943, with the RAF”…leaning towards France”, the Luftwaffe was largely fighting over occupied Europe, and with the Fw190 as one of its main weapons, was making life difficult for the allied effort. From its introduction, when it outclassed the Spitfire V, the Fw190 was to be one of the premier single-engine aircraft of the war.