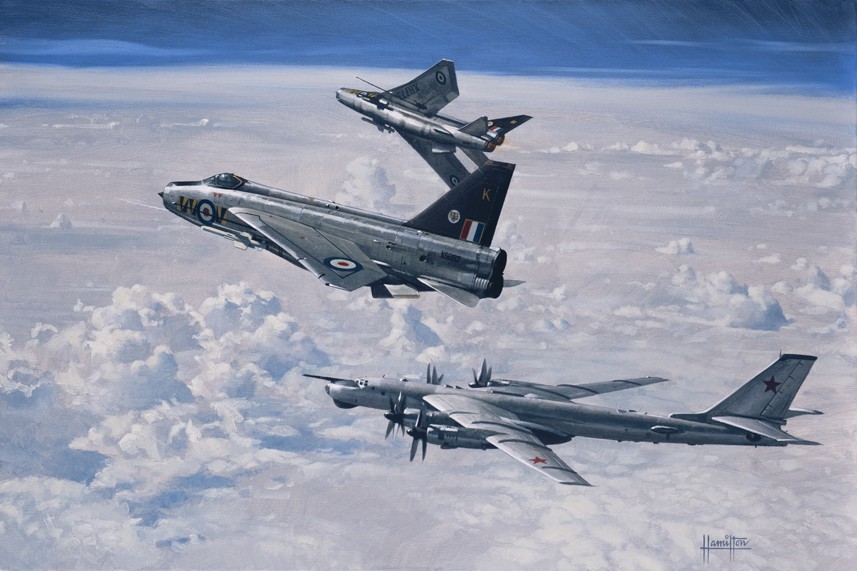 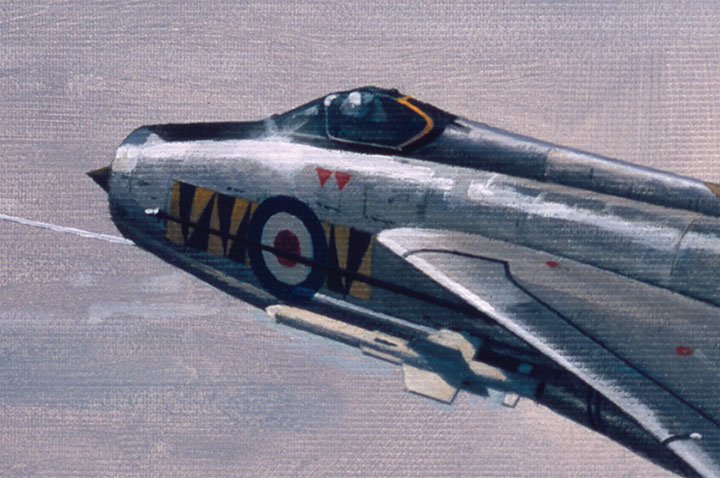 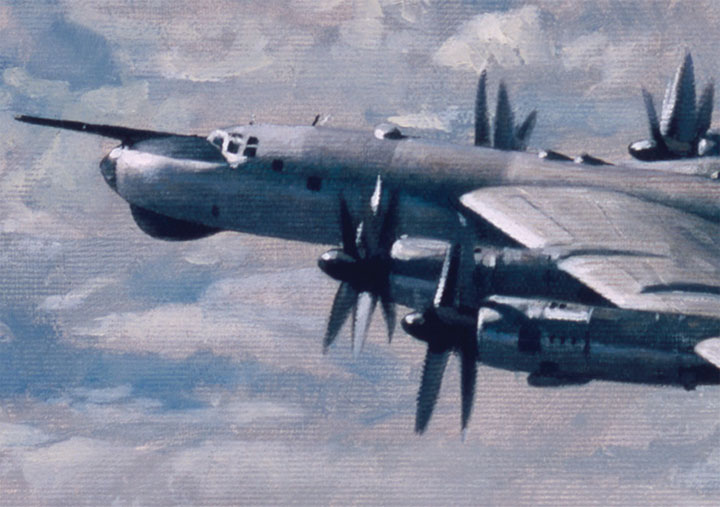 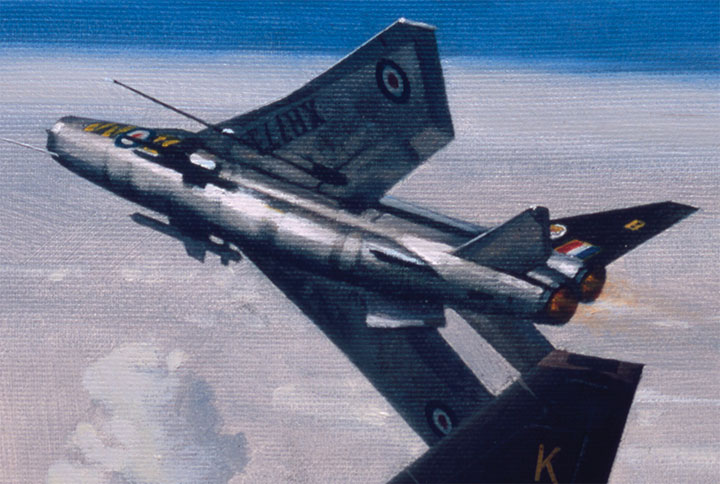 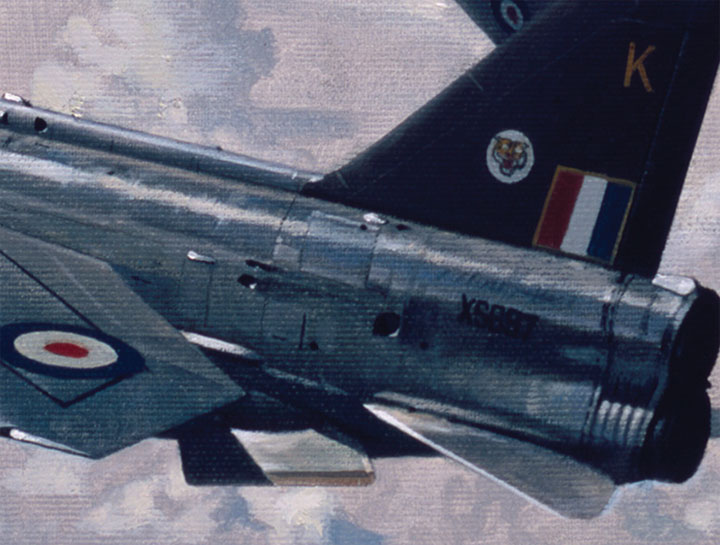 The first time I heard a Lightning, I should have seen it too but I didn't! I was too busy burying my head into my shoulders with my arms wrapped across my head and ears. The RAF pilot had sneaked up behind the crowd line at Biggin Hill, and came out of the valley behind me at what seemed to be about 10 feet above my head. He then climbed, looped and banked that aircraft round the airfield leaving me breathless, ending with that fantastic Lightning finale of running down the runway centreline, standing the aircraft on its tail, and just going straight up till out of sight. Awesome and a wonderful memory.

A pair of F6's of No. 74 Squadron taking their leave of the crew of a Soviet Tupolev “Bear” D after interception and escort.