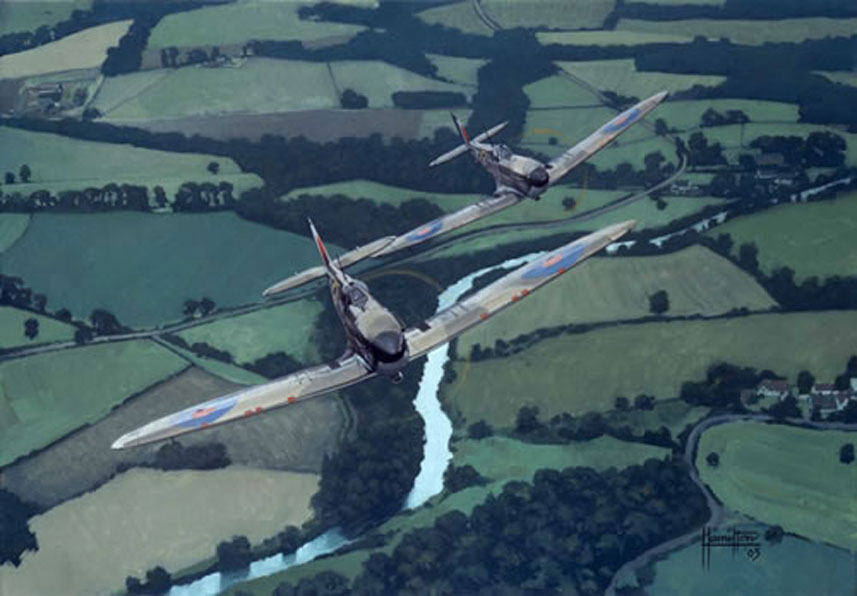 There are no prints available for this painting, as the Copyright to the painting has been sold.

Two Spitfires climb out over the English countryside bound for France. They are on a “Rhubarb”.

A pair or small group of RAF fighters would sneak over to Occupied Europe and, guided by aerial reconnaissance photographs and intelligence, would make strafing attacks on likely targets- railway junctions, locomotives, small factories and the like.

It was skilled and dangerous work as it was often carried out in bad weather conditions when it was difficult to operate bombers, and it is debateable if the losses in aircrew and aircraft were worth the harassment and damage it caused. It was however part of a policy of the allies to keep the pressure up on Germany from the west while they were fighting the Russians in the east.