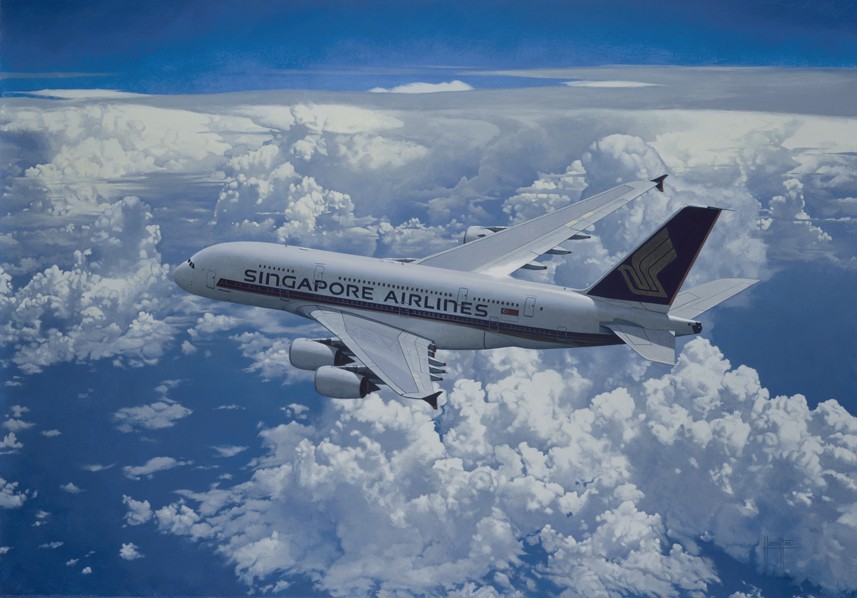 Assuming the mantle from the Boeing 747-400 as the largest passenger airliner in the world, this aircraft, 9V-SKA flew the A380's first scheduled flight for Singapore Airlines on 25th October 2007 From Singapore to Sydney. Its double-decker, wide body fuselage, with 50% more space than the next largest airliner, can accommodate 525 people in a standard three class configuration, or up to 853 people in an all economy layout!

As well as these numbers being very impressive, I have seen the A380 fly at The Paris Air Show, and it is a truly awesome and even graceful spectacle to see in the air.