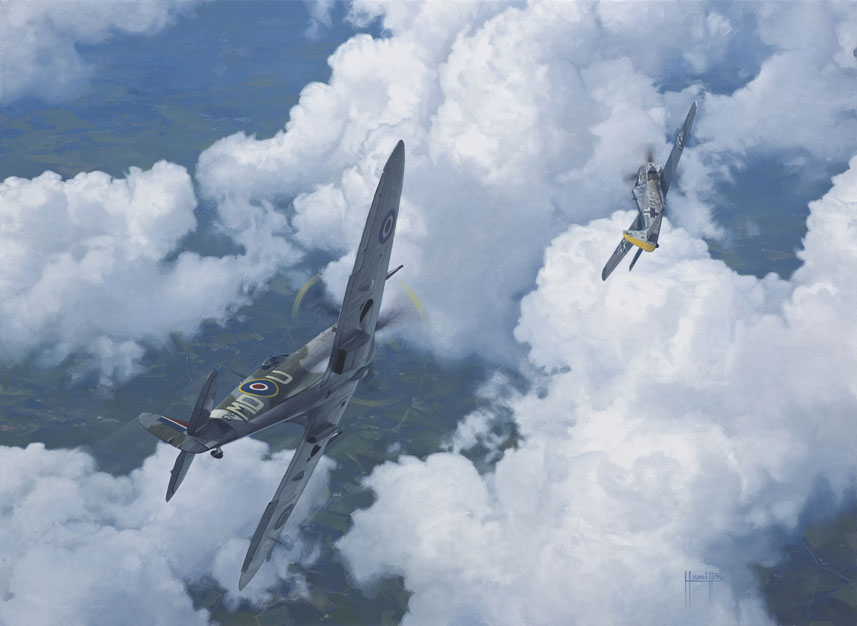 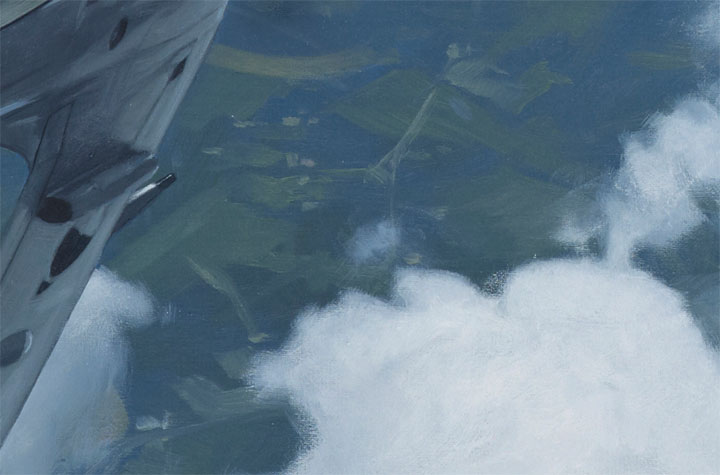 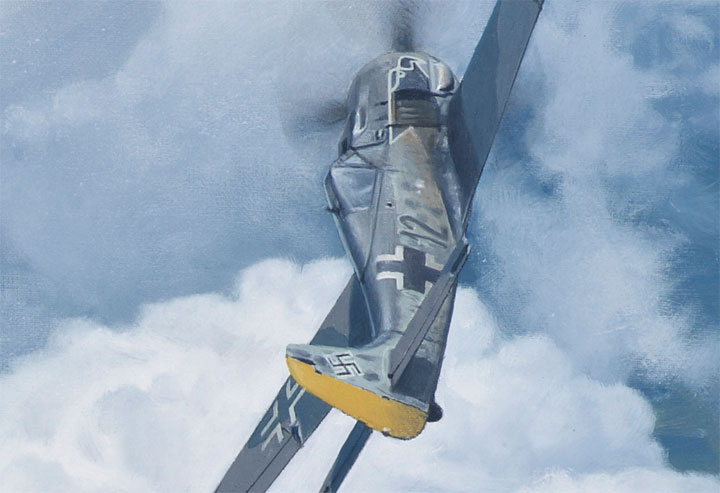 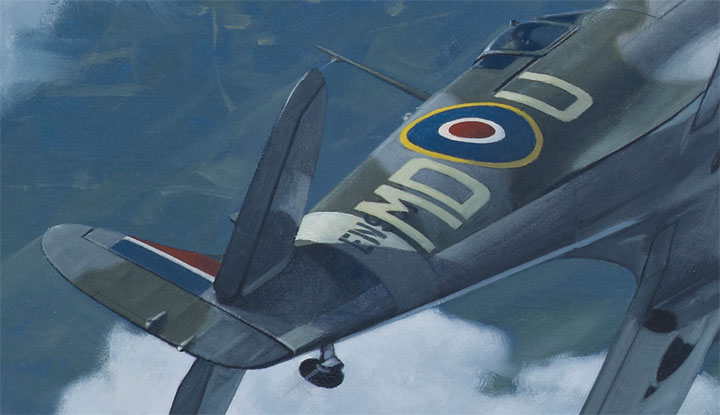 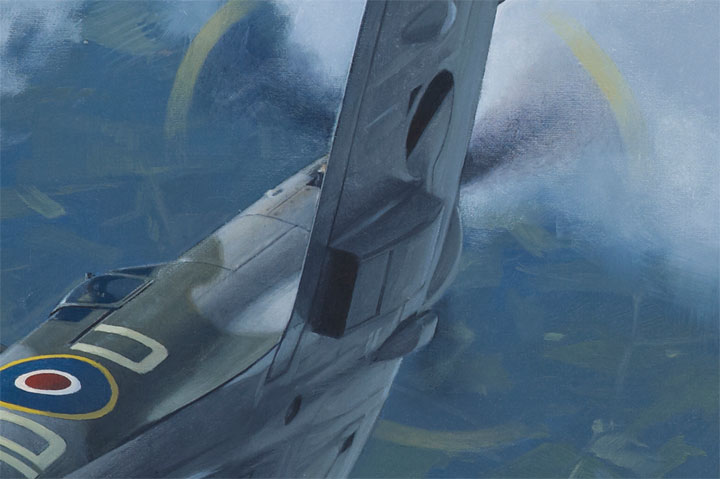 The painting shows the commanding officer of No.133 Eagle Squadron on the tail of a Focke Wulf 190 over Dieppe, August 18th 1942.

This was by no means the norm when the Spitfire V was up against the Butcher Bird. Allied pilots had been struggling for air superiority against the FW-190 since it first appeared over northern France in August 1941, and had to wait for the introduction of the Spitfire Mk IX in small numbers in July 1942 before starting to achieve some dominance with weight of numbers and pressure of attrition.