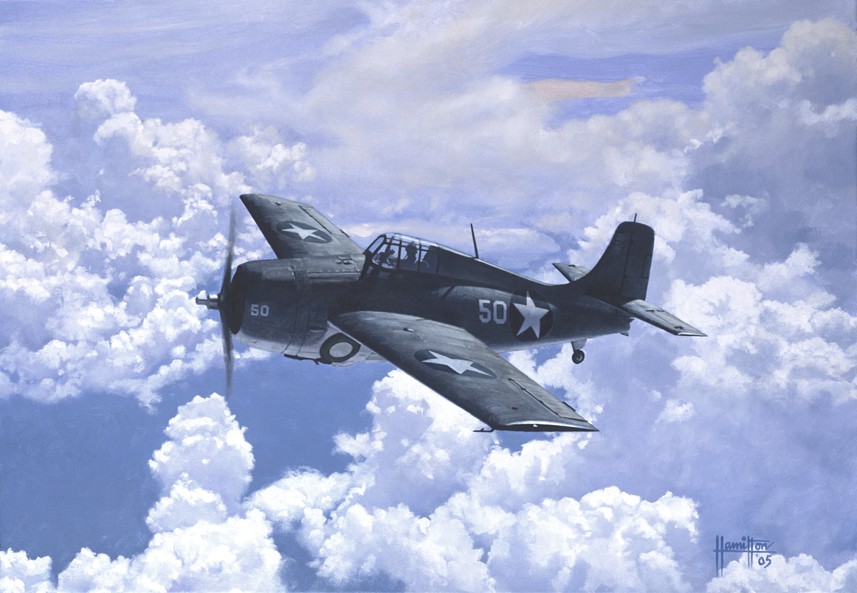 This rugged fighter was the mainstay of the US carrier born and land based fighter force in the early years of the Pacific war, and after receiving a few bloody noses against the Japanese Zeros, more than proved itself. The F4F took the US Navy and Marines through the testing and important carrier battles of Coral Sea, Midway and Guadalcanal.

Here I have painted the aircraft of Joe Foss US Marines VMF-121. Capt. Joe Foss touched down on Henderson Field, Guadalcanal on Oct 9th 1942. It was his first operational posting after training and instructional duties in the US. By January 15th, despite being out of the fight for 6 weeks with malaria, he had 26 enemy aircraft to his credit, including 5 in one day to become the US Marines first “Ace in a day”.