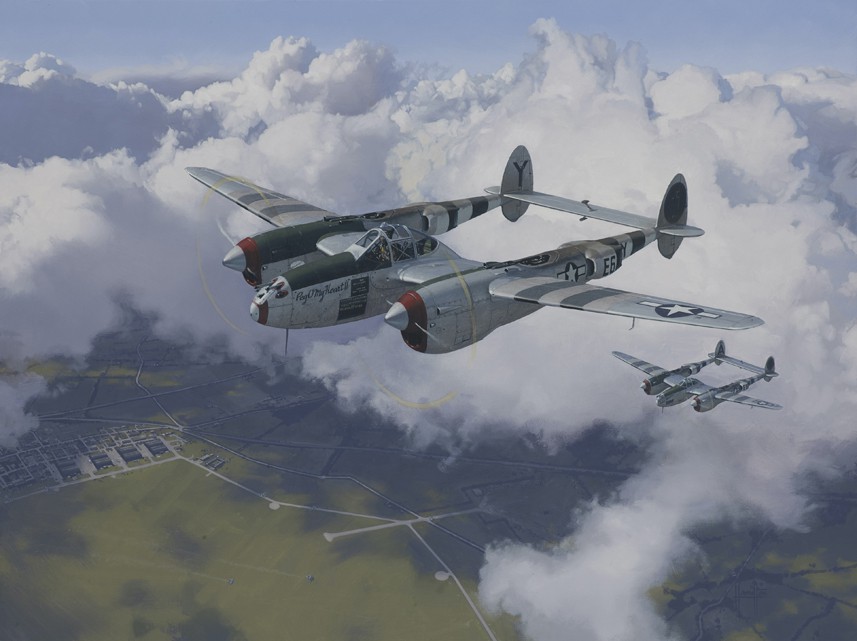 This was commissioned by a gentleman in the US. His father was a fighter pilot in WWII flying the P-38 with 402 FS from Andover. The painting depicts his final flight from there to their new base in Cardonville France. Captain Coenen completed his tour of duty on September 29, ending with a fighter sweep which took him over Aachen, Cologne, Nijmegen and Arnhem. He left the Ninth Air Force with the Distinguished Flying Cross, Air Medal with 11 Oak Leaf Clusters, four battle stars and was Cited in the Order of the Day, Belgian Army. He retired from the United States Air Force Reserve with the rank of Colonel in 1967, after 27 years of military service.

By such men was for our freedom fought.