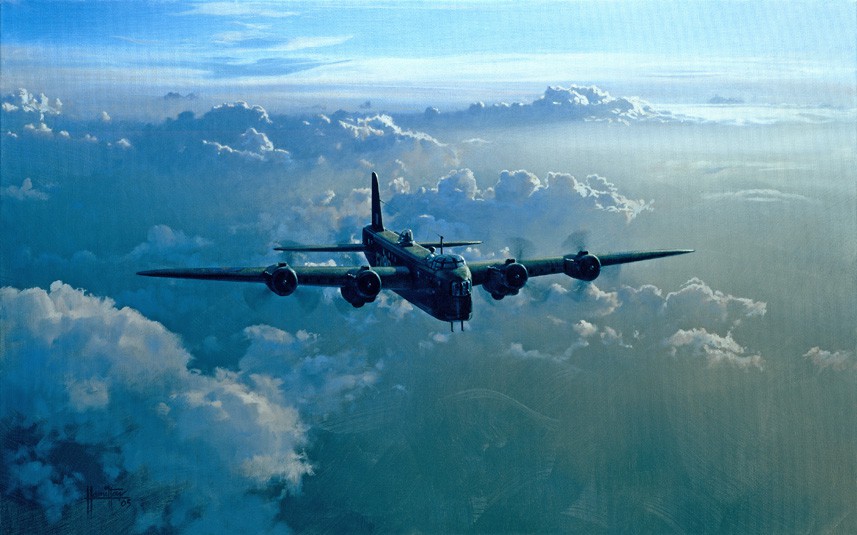 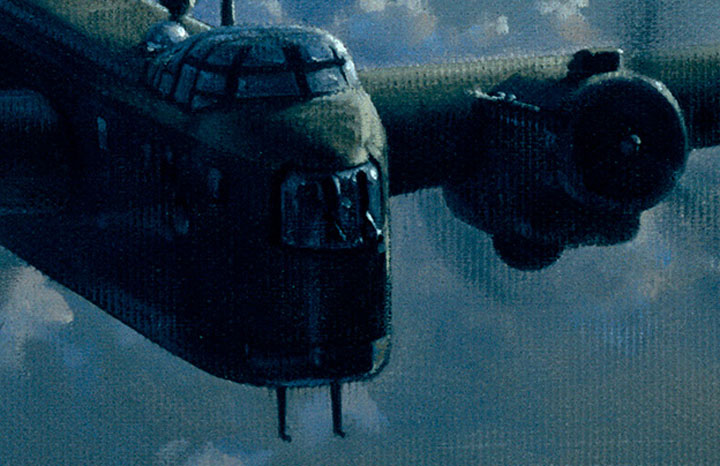 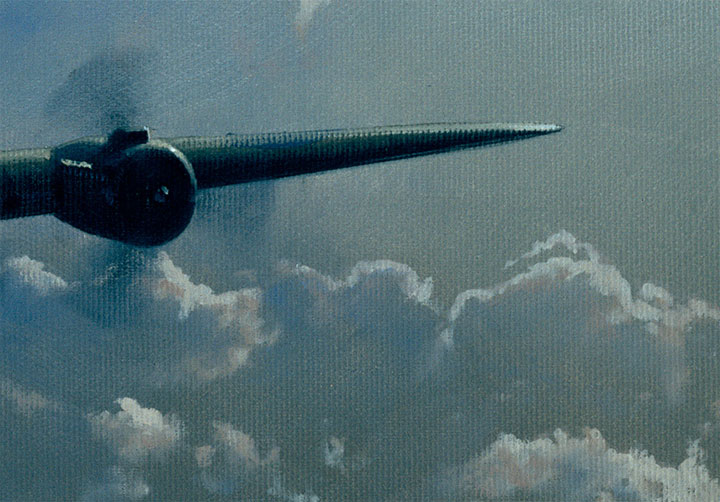 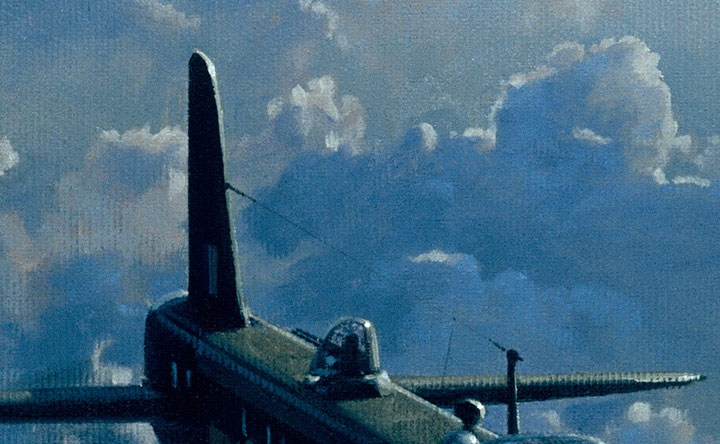 Shorts Stirling BI Famous (or rather infamous) for being designed to meet a specification for a four engined bomber, one requirement of which was the aircraft fit into the existing RAF pattern hangars then in use. This put a maximum wing span of 100ft on the design. This limit prompted Shorts to use an adaptation of the wing of their successful Empire flying boats which was not suited to the high altitude bombing asked of the Stirling later over Germany

First deliveries to a front line squadron were made to No.7 Sdn. In late 1940, and their first operation was on February 10th ‘41 from Oakington near Cambridge to oil storage tanks near Rotterdam. Daylight attacks were carried out by Stirling crews as late as December ‘41. The true value of the Stirling was the increase in range from what was available, illustrated by the first raid to an Italian target, the city of Turin on September 10th ‘41. Stirlings also participated on a large scale in the Thousand Bomber raid to Cologne in May 1942.The four engined bomber was also extensively used in the important and difficult task of “gardening”, the laying of mines in enemy shipping lanes.

At the end of 43 Stirlings were taken off Main Force Ops, but used in small numbers for small diversionary attacks until August ‘44. It still however had a role to play, namely as the principle glider tug on the D-day landings, supply dropper for partisans and SOE agents, and later carrying fuel supplies for the advance across Germany.

In all, the Stirling dropped some 27,821 tons of bombs in 18,440 sorties. Two Victoria Crosses were awarded to Stirling Crew members. Shown to be flawed by the four engined heavies that followed, the Stirling never-the-less fulfilled vital roles at important times throughout the conflict. She deserves a little praise.