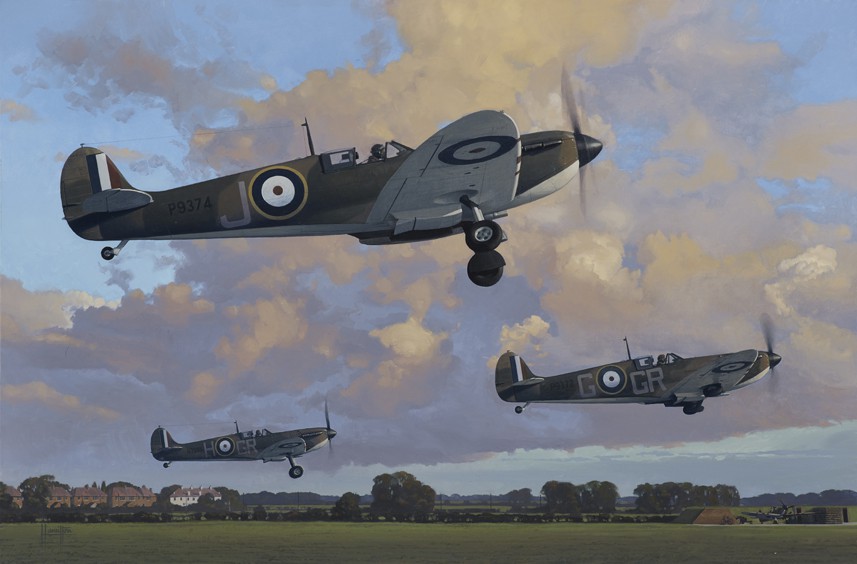 92 Squadron Spitfires take off from Hornchurch at a little after 8am on May 23rd 1940, bound for France where the BMF are being pushed back towards the Channel by the relentless German advance. Flying Officer Peter Cazenove in P9374 was not to return, being shot down and force landing on a beach near Calais.

His aircraft sank into the sand over the weeks after, only to re-emerge 40 years later after strong tides had uncovered it. It was picked cleaned by souvenir hunters, and then pulled apart by a clumsy local attempt at recovery. After a long trail of being a museum exhibit and then storage it arrived at the Aircraft Restoration Company, where it was slowly and carefully reborn with the colours she was wearing on that fateful day in 1940. She is, I believe the oldest flying Spitfire in the world today