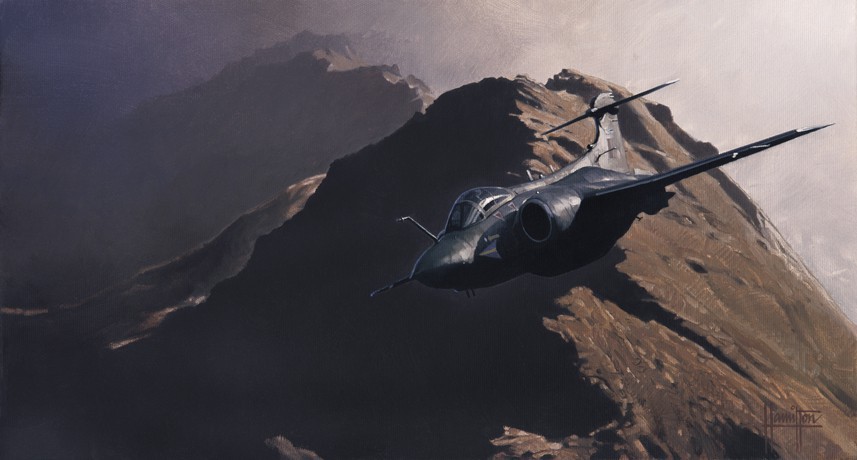 Originally conceived for the Royal Navy as a carrier borne, low level bomber and strike aircraft, the Buccaneer had a long service life. Its naval career lasted from 1962 to 1978, when the Navy retired its last conventional aircraft carrier Ark Royal. The RAF operated “The Brick”, as it was affectionately known, until 1992, using her in the Gulf war to help laser target designation, and bombing independently also.

Even in its later years, there were few attack aircraft with the range of the Brick, that were as stable when low and fast.

The Buccaneer S2B of No. 208 Squadron on a low level training sortie over a Scottish hillside.