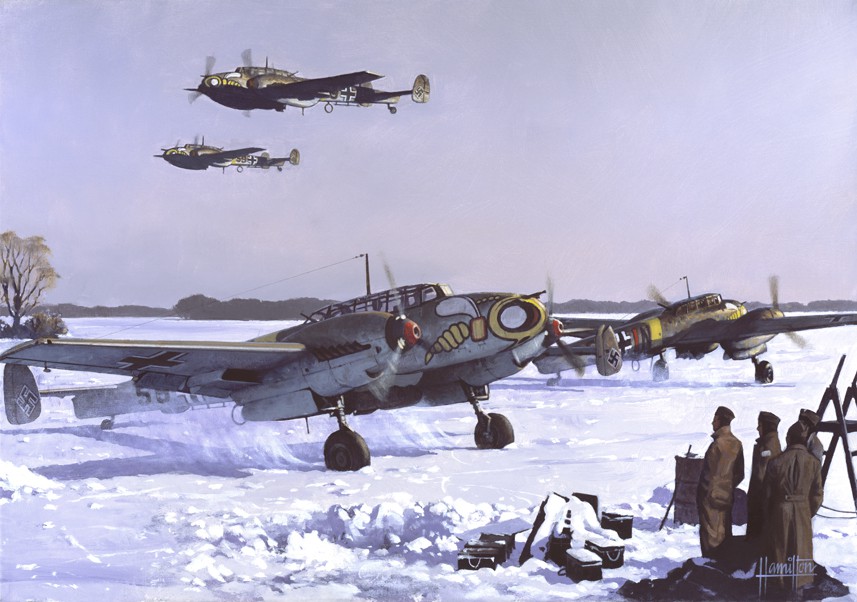 Messerschmitt Bf 110 E2's of Zerstorergeschwader 1 (ZG/1) ‘Wespengeschwader' move off for another ground attack mission on the Russian front in 1942.

Like Schnellkampfgeschwader 210 (SKG/210) before them, from which they were formed, this geschwader flew their hazardous low-level attacks with a stylised wasp on the nose of their aircraft.