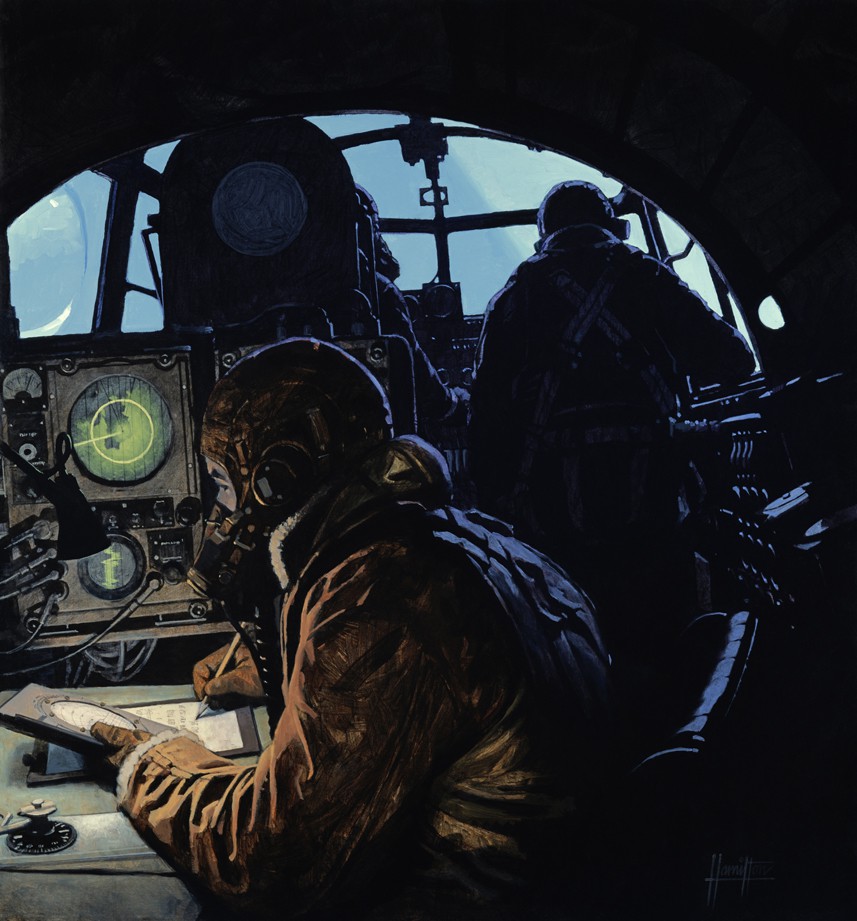 The crew of a Lancaster go about their business, while searchlights swing across the nose of their bomber. The H2S scope in front of the navigator shows him from the image of a coastline that they are off course. He will soon pass a new heading to “the skipper” up front.

As can be seen from this painting, the main crew members of pilot, flight engineer and navigator were grouped quite closely, with the radio operator round the corner behind us, and the bomb aimer just ahead in the nose.

Along with the “Gee box”, H2S was an invaluable help to navigation in Bomber Command. It soon lost its “shine” however when German night fighters were able to use H2S emissions to home in on the bombers using their Naxos Z radar