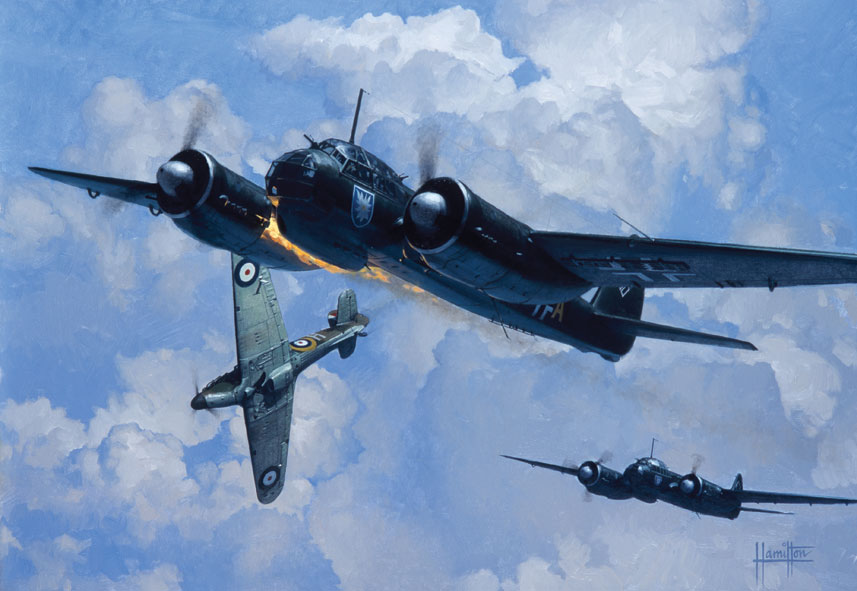 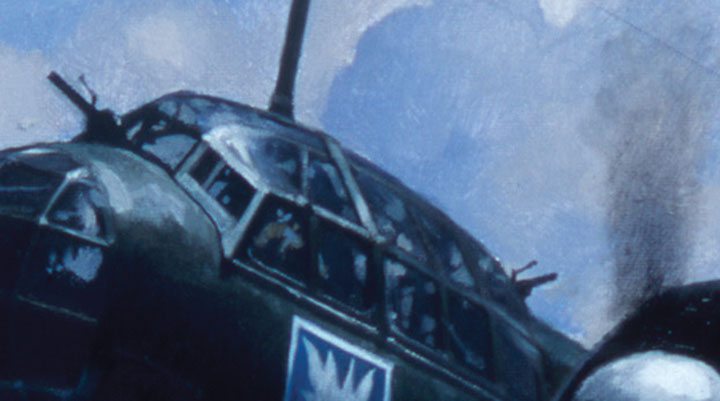 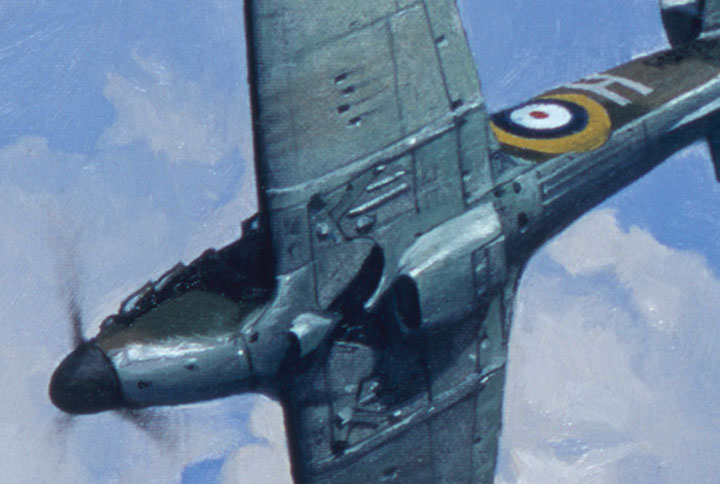 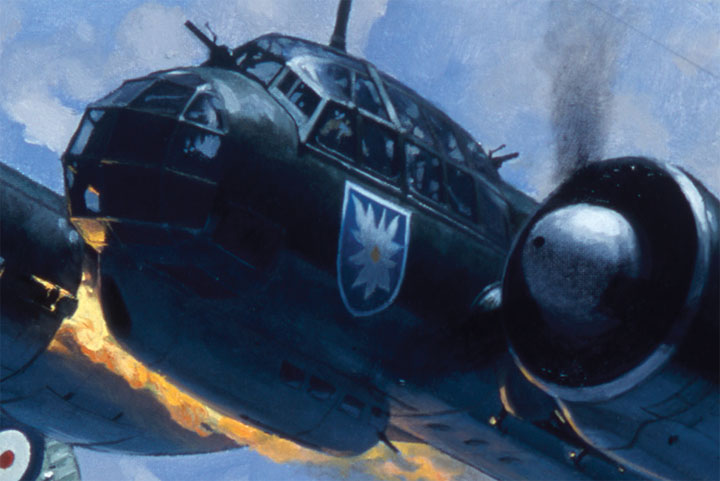 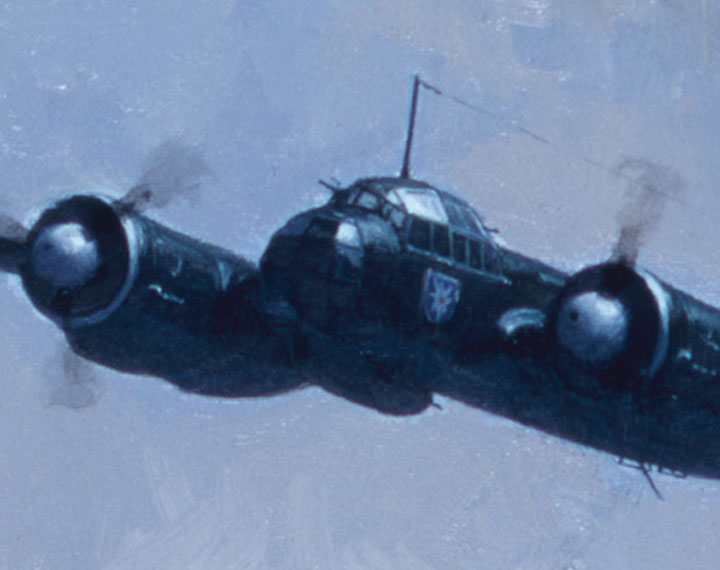 A Hurricane pilot scores a “Probable” on a Ju88A-1 of KG51 (Edelweiss Geschwader). Even the '88 “schnellbomber” with its speed and agility had its bad days in the Battle of Britain. On August 12th 1940, KG51 lost no fewer than ten aircraft over southern England and the English Channel.

The RAF awarded a confirmed victory if the aircraft attacked was seen by the claimant and a witness to crash or force-land. A probable was awarded if the enemy aircraft was seen to be hit and catch fire, but could not be confirmed to have been brought down.