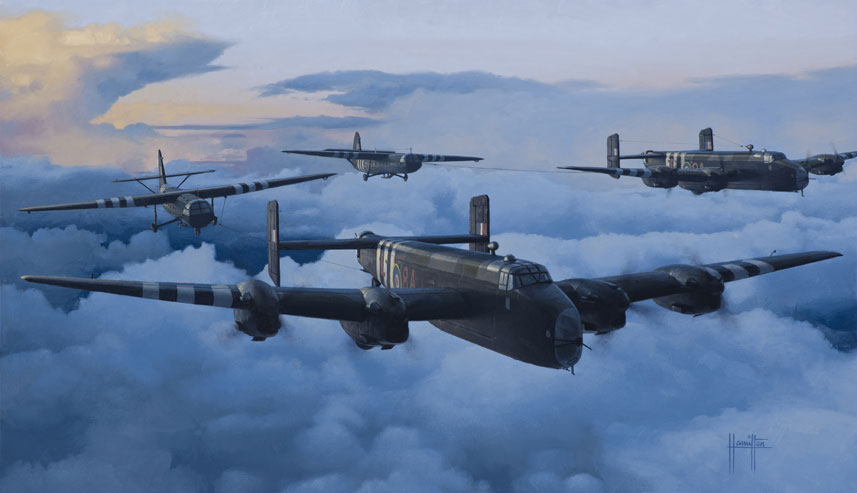 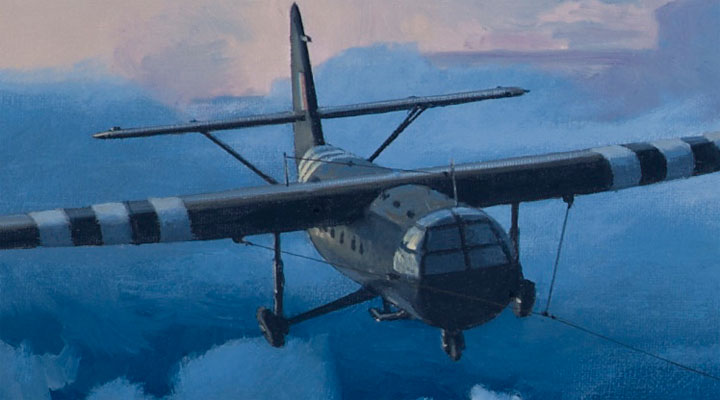 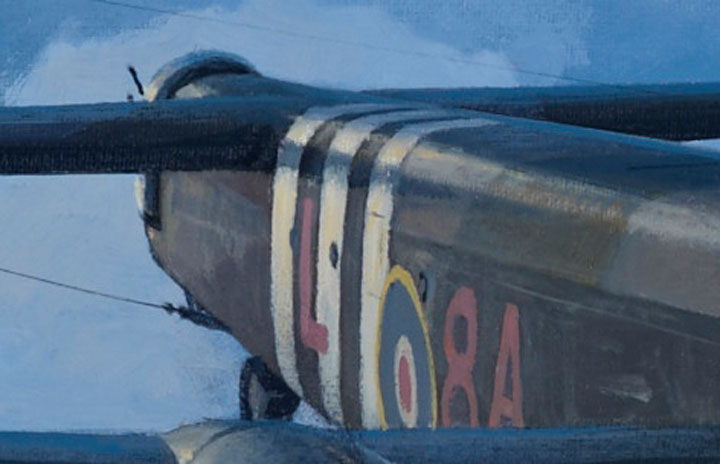 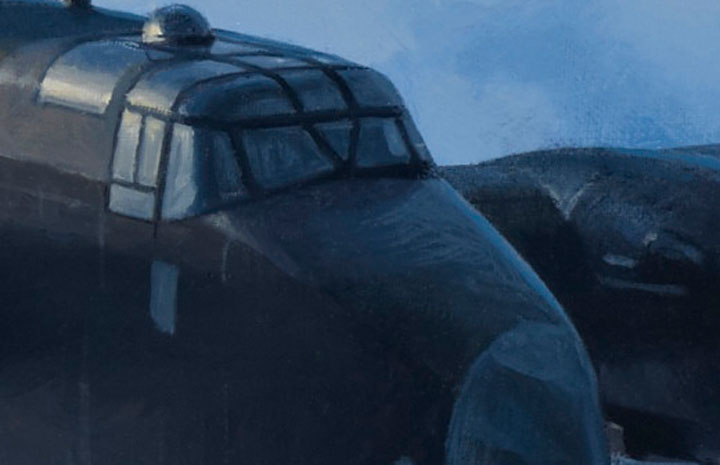 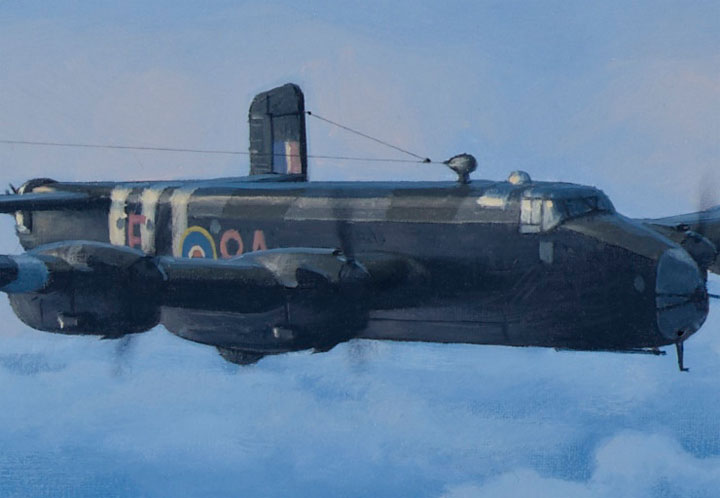 Operation Tonga was the first movement of troops into occupied France on D-day, and was achieved by Halifax tugs towing Horsa gliders with troops to capture the bridges over the Caen Canal and the River Orne. The operation was launched at 11.00 pm on 5 th June 1944, so was carried out in darkness, but I have used a bit of licence to give some light on the subject.