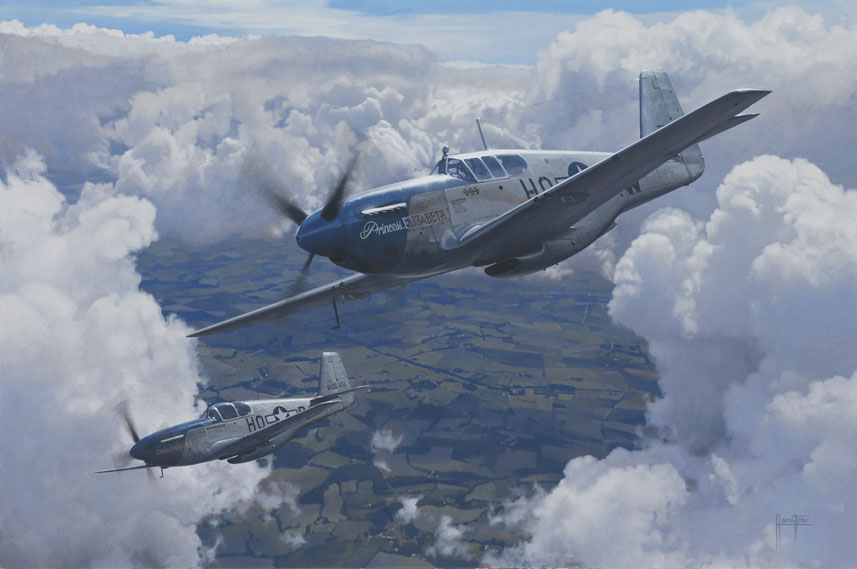 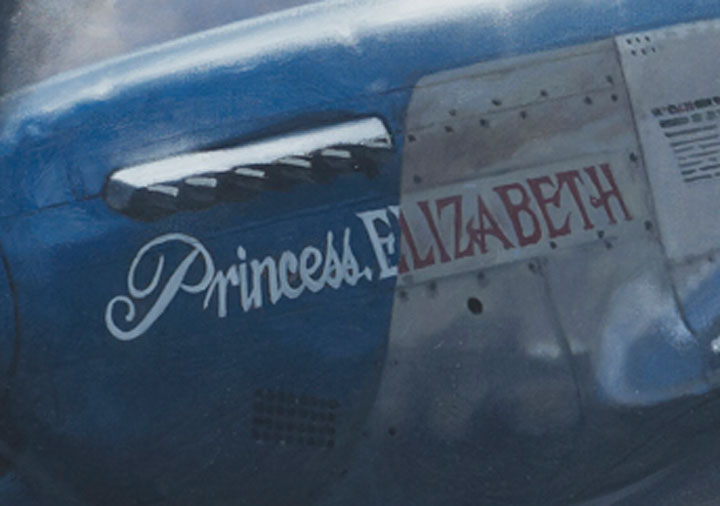 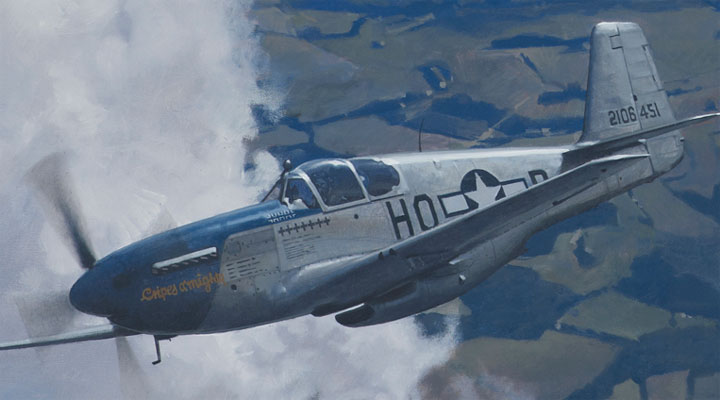 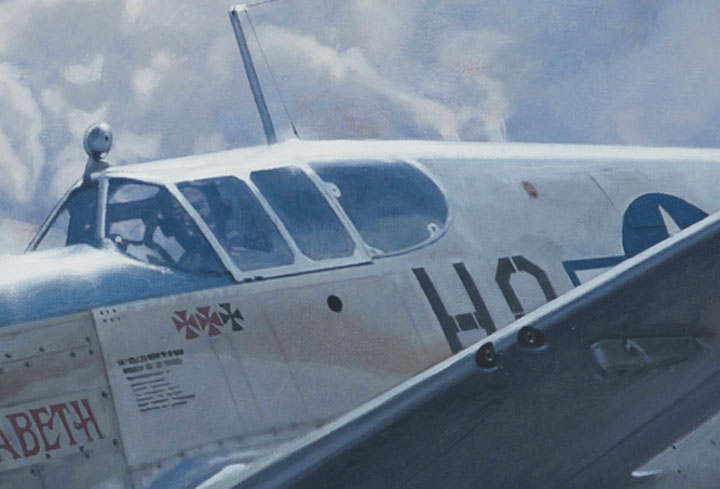 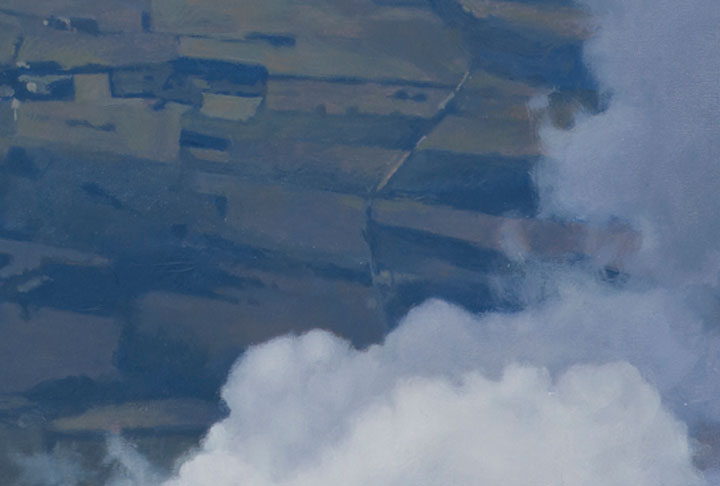 Mustang HO-P 42-106449 Princess Elizabeth is shown climbing to join up with the rest of the formation on its last sortie, D-day June 6th 1944.

Princess Elizabeth was assigned to the 352nd Fighter Group stationed at Bodney, England. It is renowned for being the first P-51 mount of Lt. William Whisner, one of the “Blue Noser's” who later became an ace in a day. Bill was not flying the Princess that day; he had been rotated back to the US having finished his first tour several days earlier. He ended the war with 18.5 victories, and went on to achieve ace status also in Korea, one of only six US Air Force pilots to do this.

A Mustang with this scheme was operated here in the UK by The Fighter Collection not so long ago, and was a treat to see in the skies over Duxford. She has found her way back to the US now which is a shame for us limeys!