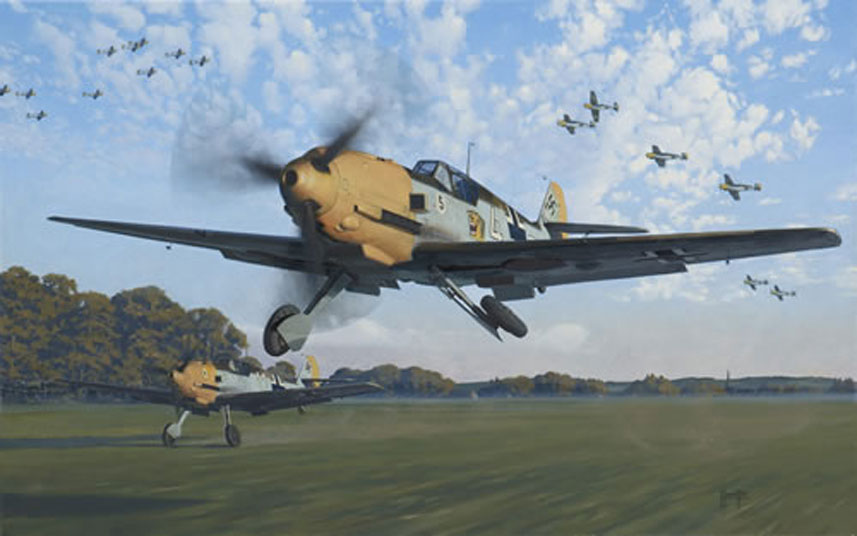 Two 109's rise from Marquise-Est, a Luftwaffe airfield in northern France, to join up with the gathering formations of fighters. When in loose formation, they will continue to climb until rendezvousing with their bombers and setting course across the Channel to southern England.

White 4 of 4/JG26, piloted by Uffz. Perez was later that day, force-landed in a field near Eastbourne with a dead engine after combat with British fighters over the Sussex coast. Sgt. Kingaby of 92 squadron was later credited with this aircraft.