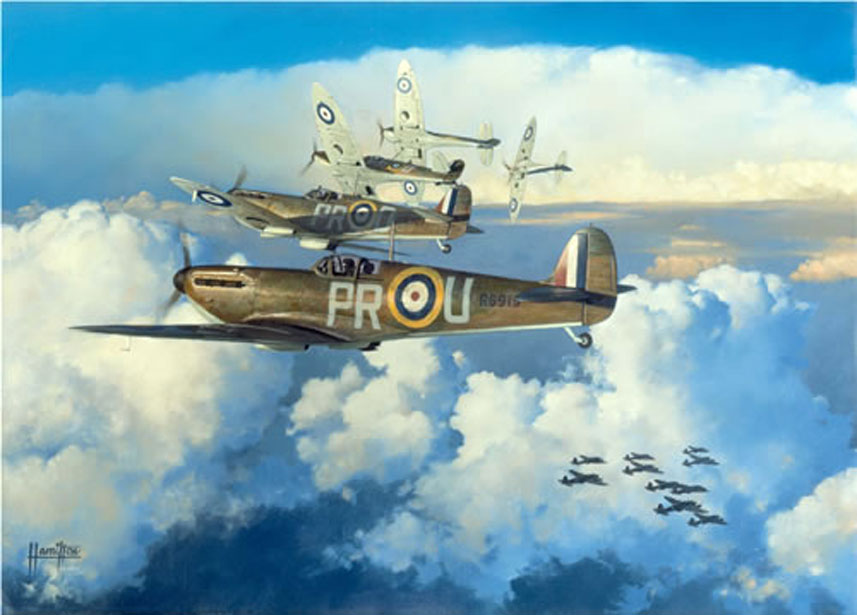 Pilot Officer N.Le C.Agazarian in Spitfire PR-U R6915 damaged one of the German raiders, but in the process, his aircraft was hit in the glycol tank by return fire. He had to force land at 609's base of Warmwell, Dorset.

This Spitfire is now preserved in the Imperial War Museum, London.