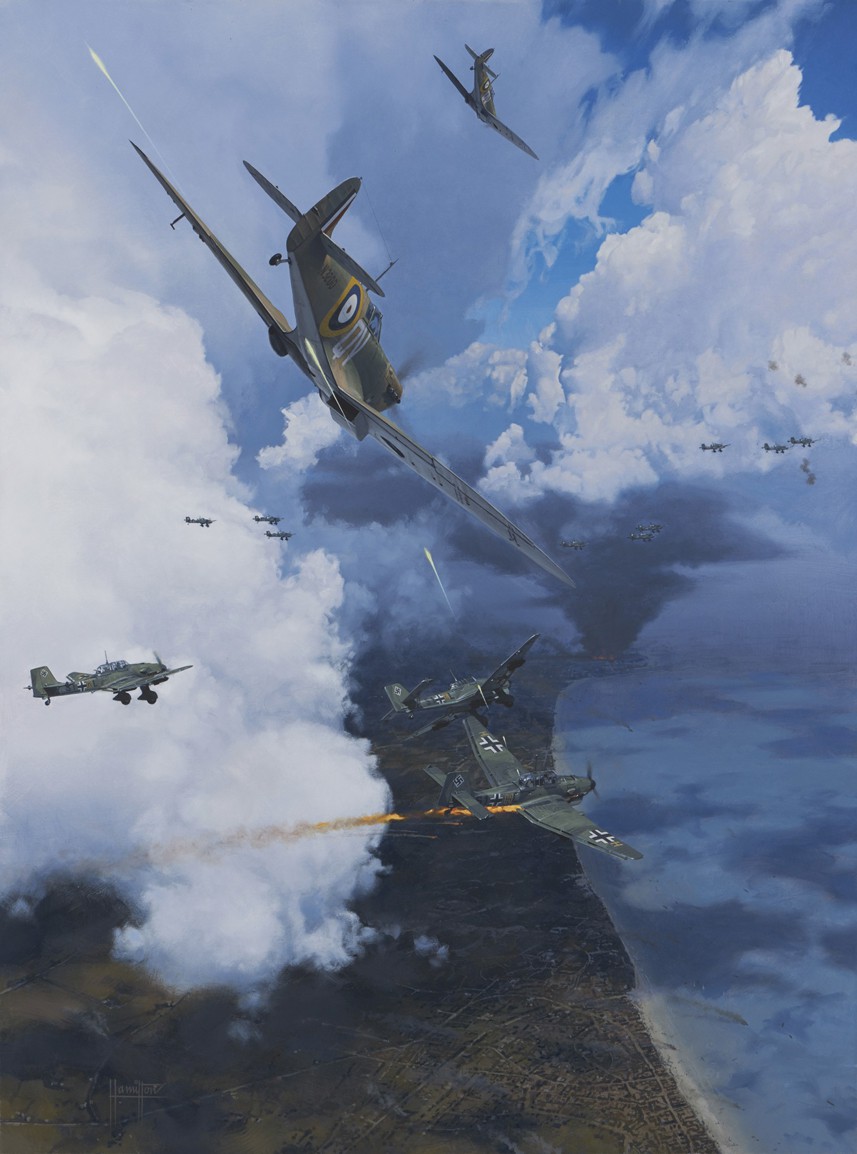 Dunkirk, 26th May 1940. Spitfires of 19 Squadron on their first operation of the war, and led by Squadron Leader Geoffrey Stephenson in N3200, attack the last section of a formation of JU87 Stukas intent on bombing the beaches. The Stuka fell, but N3200 was also hit, maybe by the Stukas’ defensive fire, or possibly by the BF109 s that attacked the squadron immediately after. Squadron Leadon Stephenson force landed N3200 on the beach at Sandgatte. In a remarkable parallel with P9374 (see ‘Hornchurch Farewell’), N3200 became buried in the sand, before 45 years later being recovered and brought back to life by the aircraft restoration company to fly again from its original wartime base of Duxford in 2014.