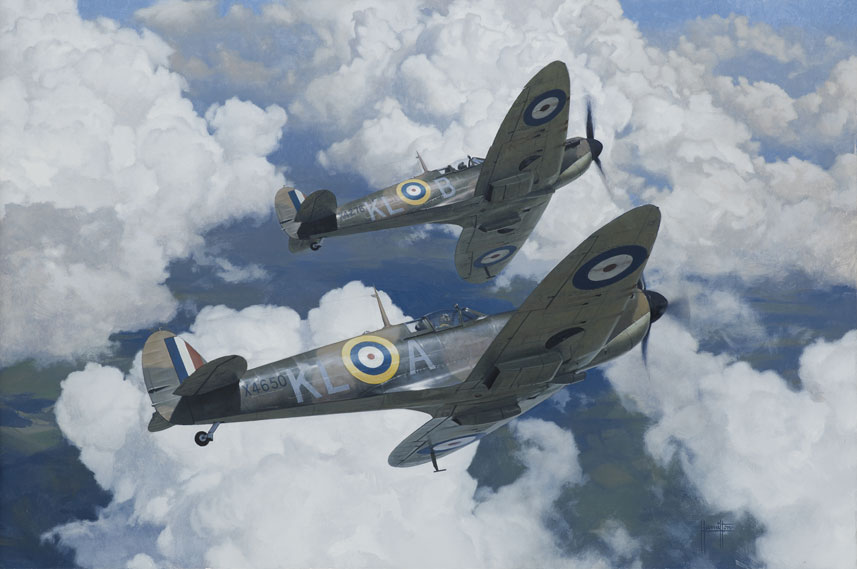 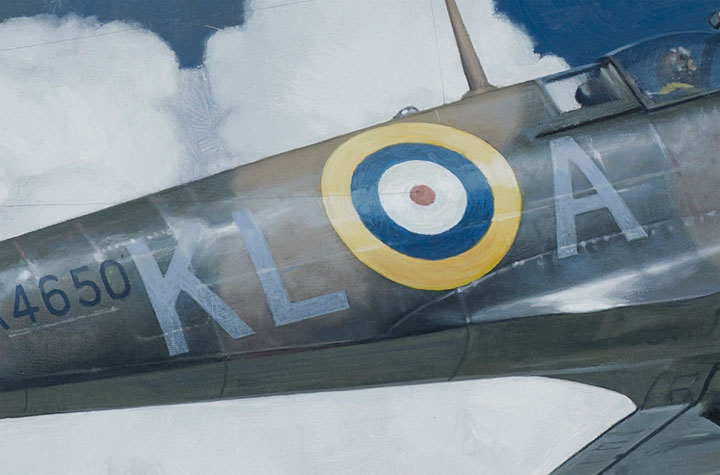 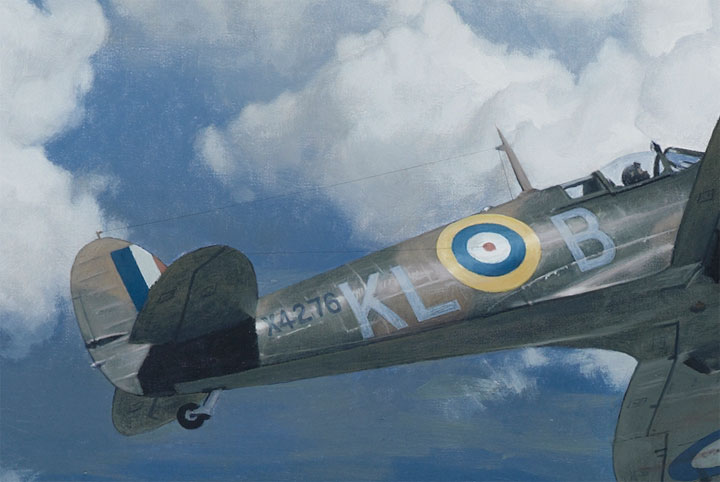 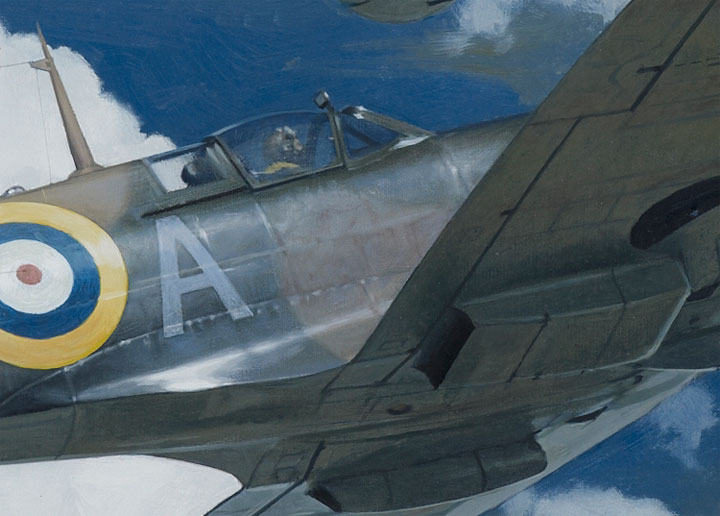 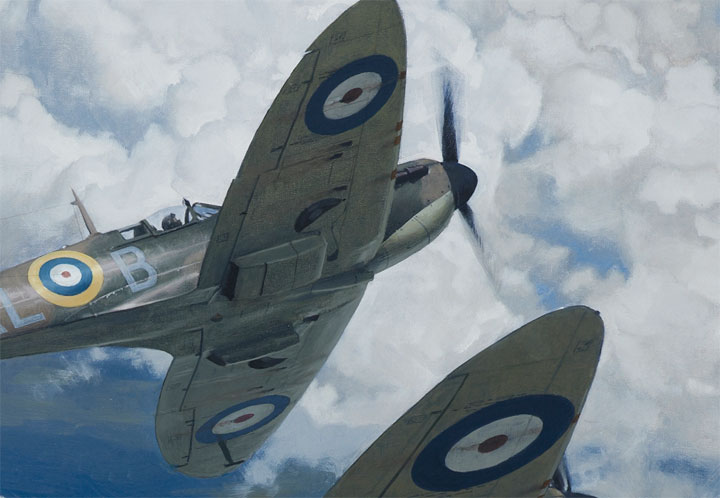 On the 28th December 1940, Flt. Lt. ‘Al' Deere was at 20,000ft over North Yorkshire on a training flight with Sgt. Howard Squire, a new member of 54 Squadron based at Catterick.

During the sortie, Sgt. Squire in Spitfire Mk. I KL-A X4650 made a practice attack on Deere in KL-B X4276, also a Mk. I. However he misjudged his attack, and collided with his leader, cutting off the tail plane of KL-B with his propeller.

Deere's aircraft immediately went into a spin, and after a struggle, he bailed out with a damaged parachute, which failed to open properly. He therefore descended far quicker than was normal, but by incredible good fortune, his arrival at terra firma was cushioned by landing in a cesspit, breaking his fall, and using another of his nine lives.

Sgt Squire meanwhile had sustained severe damage to KL-A , namely a bent prop, but fortunately remained in control long enough to trim the aircraft and bail our successfully. The sergeant then watched from his parachute as the pilotless Spitfire glided in flat circles down to virtually land itself in a field. It seems Sergeant Squire had a knack for trimming out disabled Spitfires.

Two months later, on his first operational sortie, he was shot down over France and made a P.O.W. On the occasion of his second bail out, again his trimmed Spitfire landed itself, this time in a field near Calais.