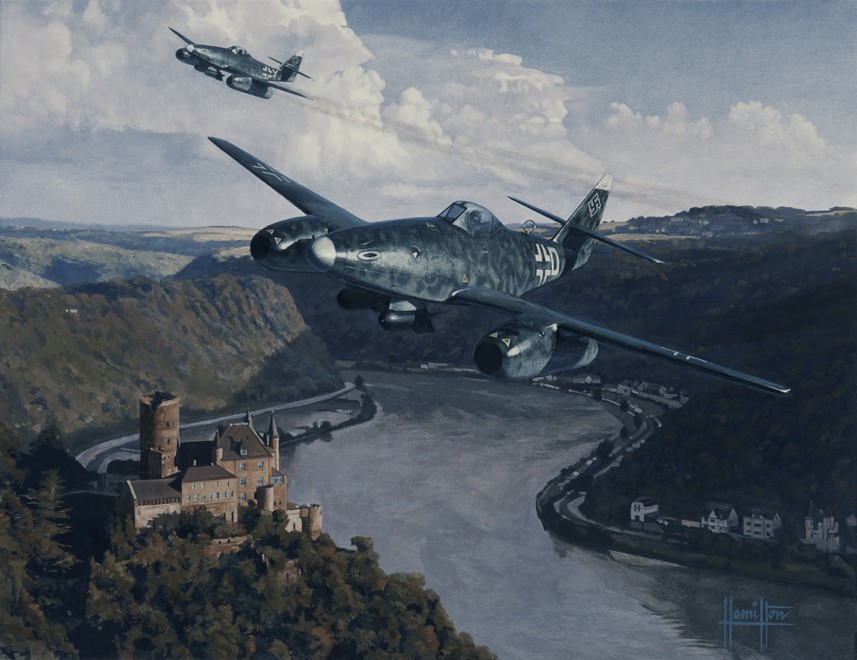 A pair of “Sturmvogel” Me262 A-2a fighter bombers of 1/KG51 sweep low over the Rhineland to deliver their bombs.

This version of this versatile and impressive aircraft had two of its four nose-mounted cannons removed and carried two 500kg bombs. With the unreliability problems of the Junkers Jumo turbojet engine, and the air superiority of the advancing allies towards Germany, things could not have been easy for the Luftwaffe pilots in the “Sturmvogel”.