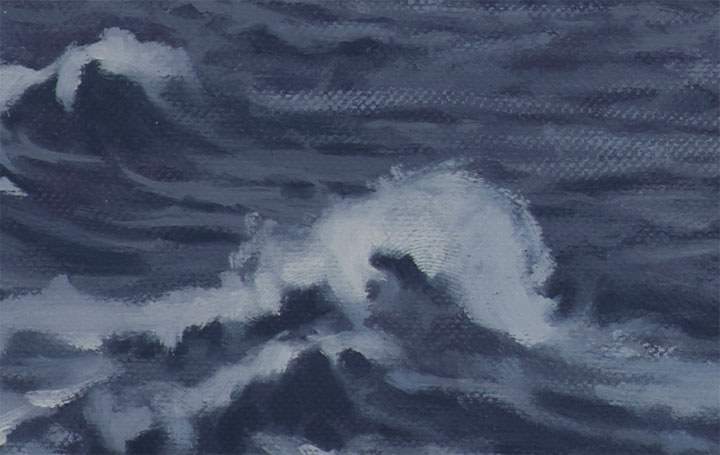 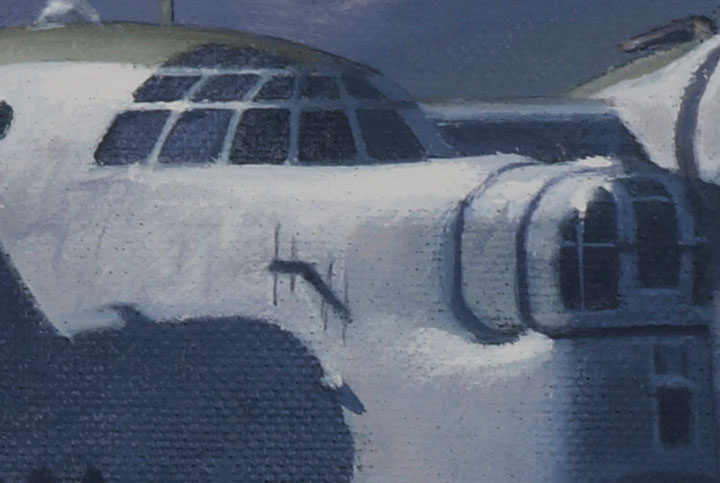 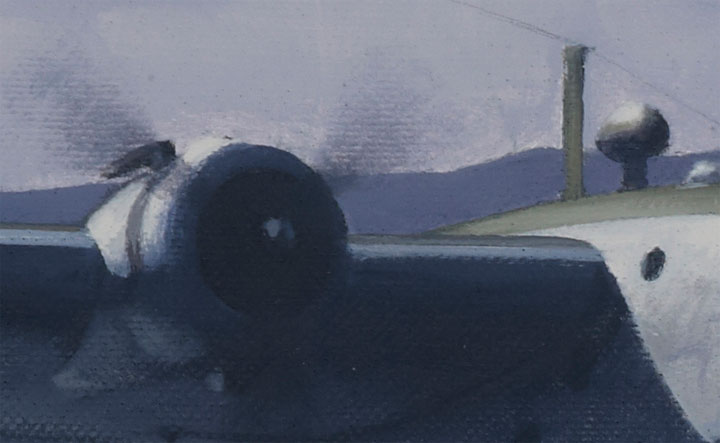 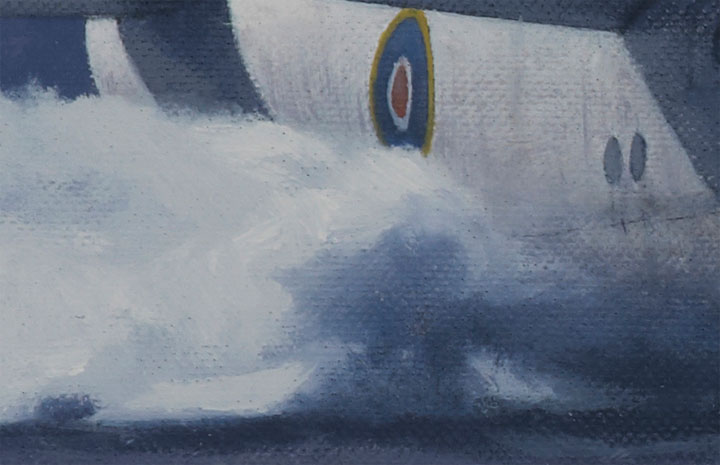 At the beginning of a patrol into the North Atlantic, A Sunderland IIIA makes the hard struggle between drag and thrust to achieve the lift necessary to unstick from the unforgiving surface of Loch Ryan, on the south west coast of Scotland.

Through 1941 and 42, the incidents of Sunderland patrols catching u-boats on the surface had steadily declined. This was found to be due to the u-boats employing an early warning system called Metox, which tuned into the ASV Mk.II radar emissions sent out by the aircraft, giving enough warning to dive before being sited. These Mk.II radars had a large aerial array on the Sunderland's fuselage and wing leading edges. However, a new centimetric ASV MkIII radar, with the antenna housed in blisters below the wing outboard of the wing floats negated this early warning, and u-boat sightings and attacks increased immediately.

I stayed in a caravan at the old seaplane base next to Loch Ryan near Stranraer for a family holiday in about 1964. They were knocking the old hangars down at the time, and my father was annoyed about the noise. But I thought it was fantastic fun, watching the men with acetylene torches cut the steel roof supports away to drop the forty odd feet onto the concrete floor. The echo in the hangar was immense. I also feel a touch of regret, as these reminders of such a time are all but gone now.