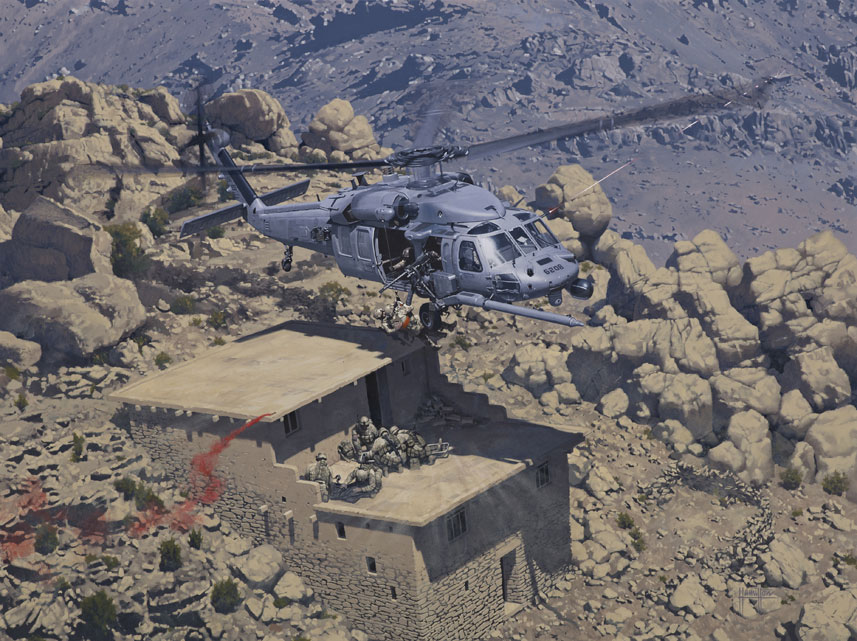 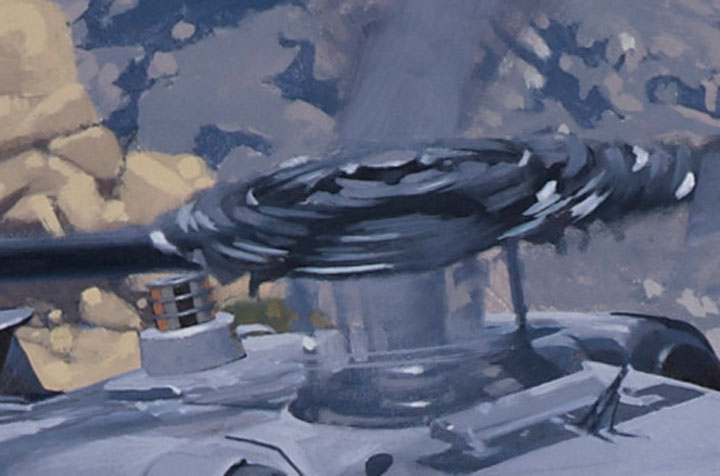 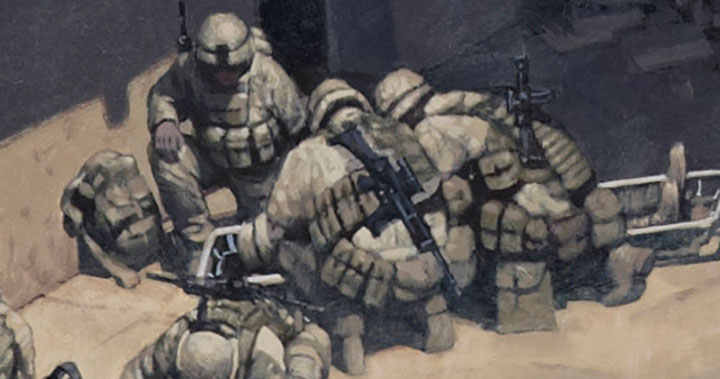 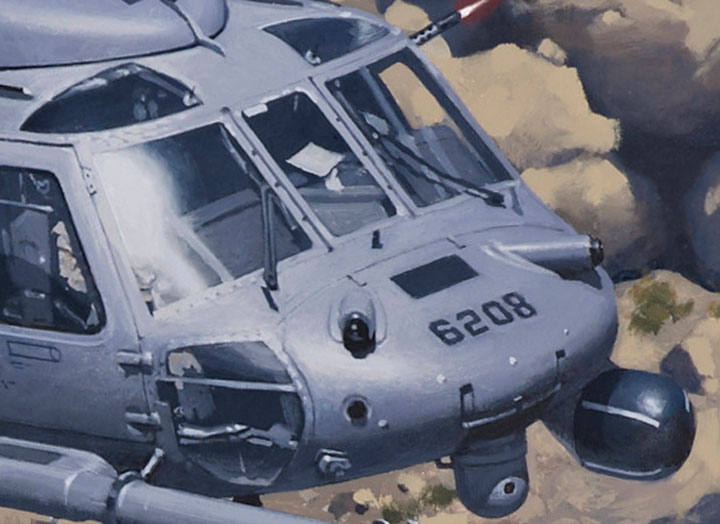 This painting was a commission from 56 th Rescue Squadron (56 RQS) USAF based at RAF Lakenheath, capturing a mission in Afghanistan.

From talking to the crews involved, reading the written reports and researching the aircraft, I have come to think these guys might have some of the hardest but rewarding jobs in the military.

The combat search and rescue squadrons are tasked with recovering downed pilots and crewmen from enemy, often hostile territory. This is not done under the markings of the Red Cross which is often ignored, but with armed intent, to extract the casualties under fire if need be. I think their motto is very appropriate: ‘That Others May Live.'