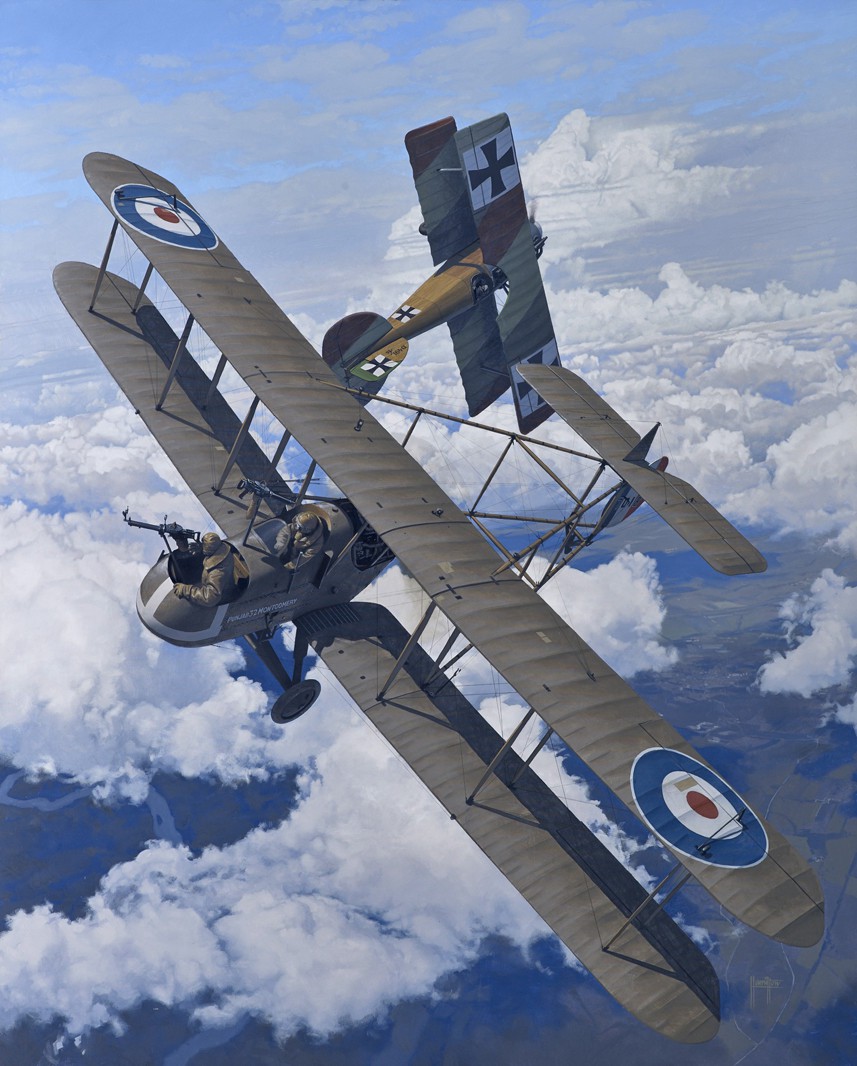 The painting illustrates the start of a legend. An F.E.2B of the Royal Flying Corps, crewed by pilot Second Lieutenant Lionel Morris and observer Captain Tom Rees, dogfights with an Albatross DII, flown by a newly posted officer to Jasta 2, Manfred von Richthofen. After the two aircraft had fought for a couple of minutes, the British machine was falling with a failing engine, dead observer and a fatally injured pilot, who managed to land on a German airfield below before dying. It was von Richthofen’s first air victory.

I was contacted by the headmaster of a private school in Croydon, who were preparing an exhibition on the First World War. During the course of their research, they discovered Lionel Morris, the pilot of the F.E.2B was an ‘old boy’ of their school, so thought that with such a special connection, a commissioned painting as part of the exhibition would be a meaningful thing