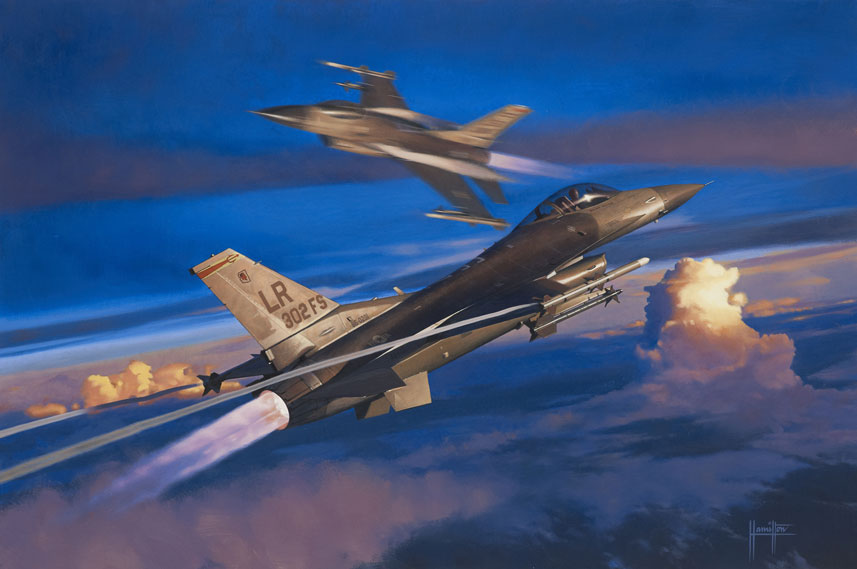 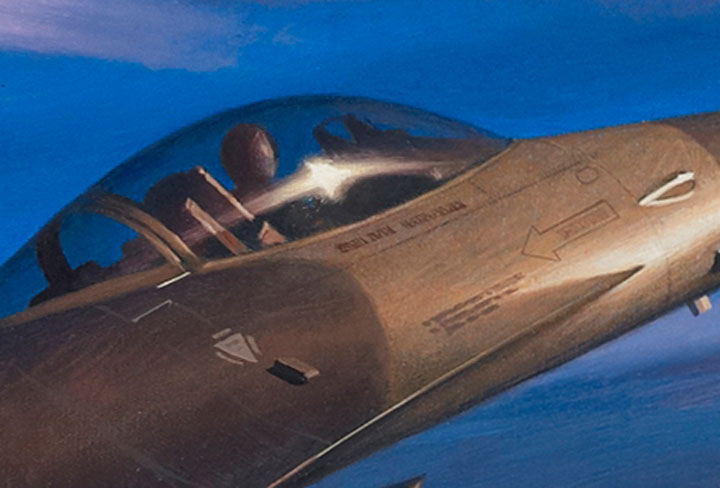 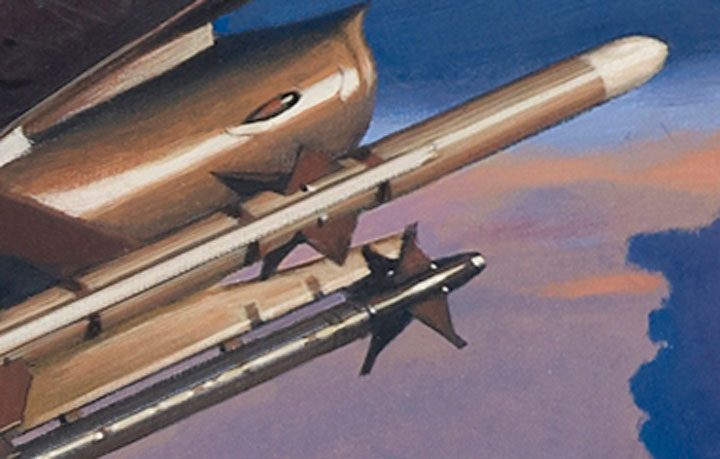 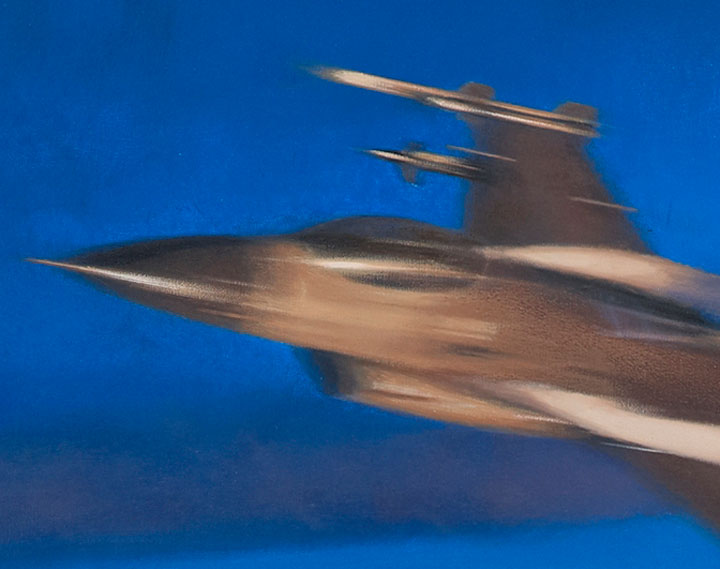 This painting was commissioned by an F-16 pilot in the USAF, flying from Luke AFB in Arizona.

One of my suggested layouts was an F-16 “viper” climbing with after-burner at sunset. He suggested this scenario could be adapted to illustrate what he termed in air-combat-speak as “The Merge”.

Imagine two aircraft are a fair distance apart, not having sight of one another but each have a clear radar picture of the other, and closing. The one that “breaks” or turns is immediately at a disadvantage as the other turns in behind him. So each pilot is committed to keeping his nose on the opposition until they pass close by one another, or “merge”.

In the case of the painting, “our” guy has decided to climb hard and gain height, while the “baddy” is turning hard to port to try to get round on our guy's tail or “6”.