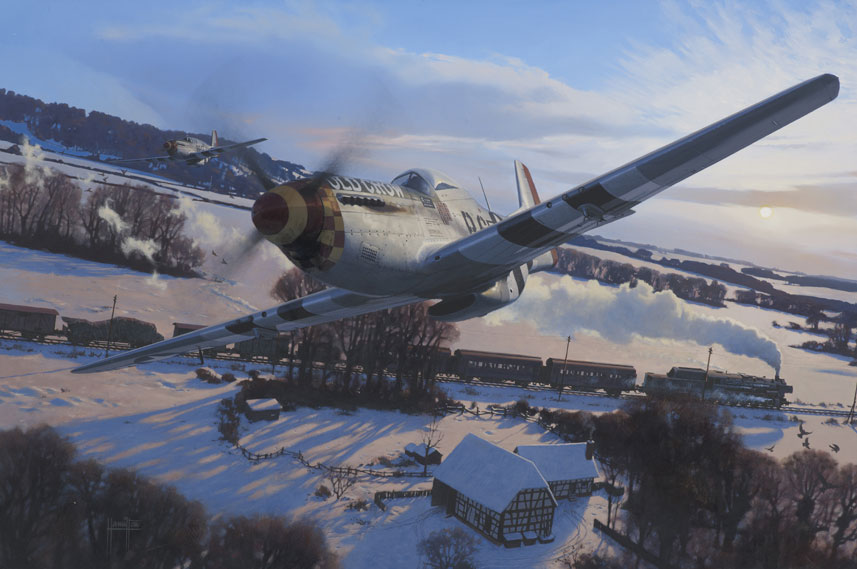 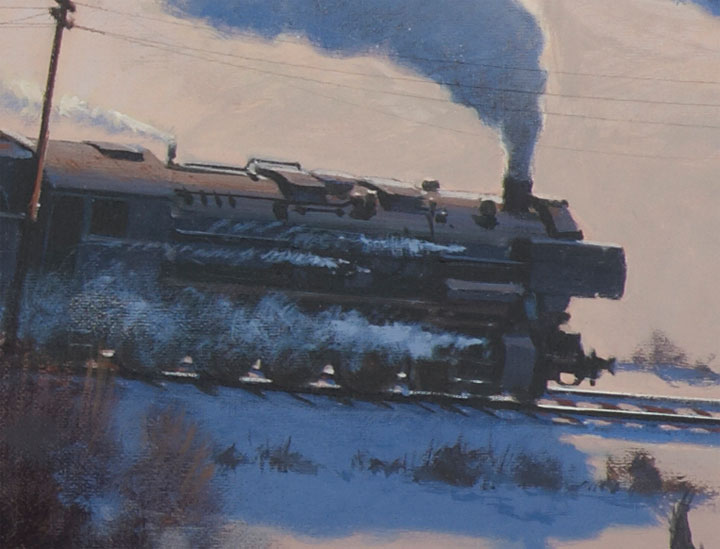 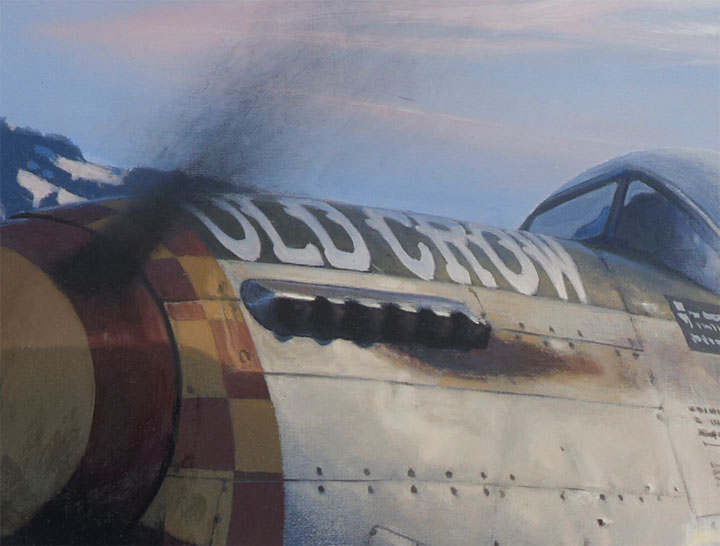 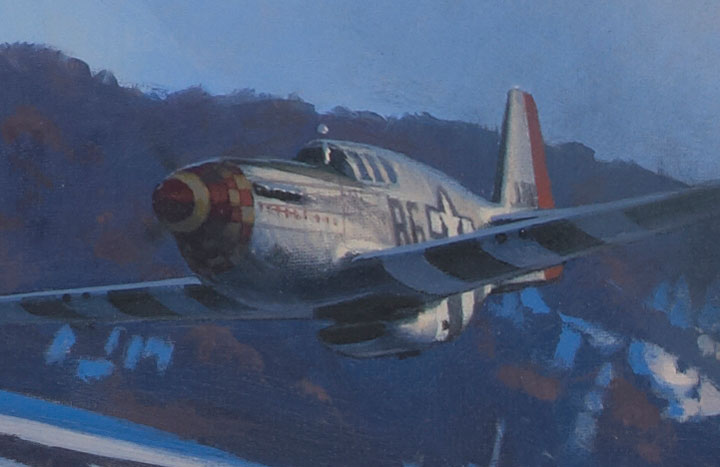 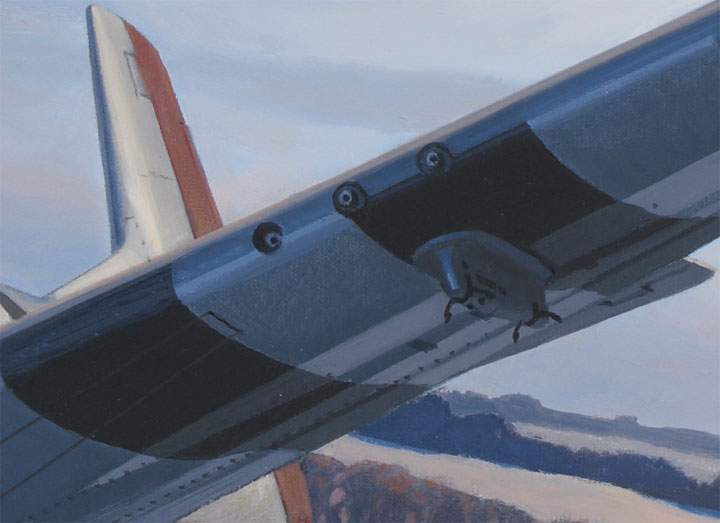 P-51 ‘Old Crow', the aircraft of Clarence ‘Bud' Anderson, strafes a train over Germany in1944. The 357th Fighter Group, in which Bud would end the war with 16 ¼ victories, was assigned as an escort group, providing escort to the bombers in getting to the target, over the target, and withdrawal support. In addition to this, the group were ordered to conduct offensive patrols and fighter sweeps, attacking Marshalling Yards, locomotives, bridges, roads, vehicles, fuel dumps and other military targets of opportunity. So if relieved by another Group of a high altitude escort of bombers, instead of just flying home to bases in England, they would come down to low level, strafing targets as they withdrew, and generally making life as difficult as possible for the Germans in occupied Europe as they went.

I was lucky enough to meet Bud at Duxford in 2010, and he was kind enough to talk with me for a while in his busy day, and give my painting the thumbs up. I was very proud. He told me that when asked by a reporter during the war why he had called his aircraft ‘Old Crow', he told them of his liking for a particular American sour mash bourbon whiskey of the same name. However this was not deemed to be a good enough story for the ‘folks back home' so he suggested that the crow was the wisest bird in the sky.