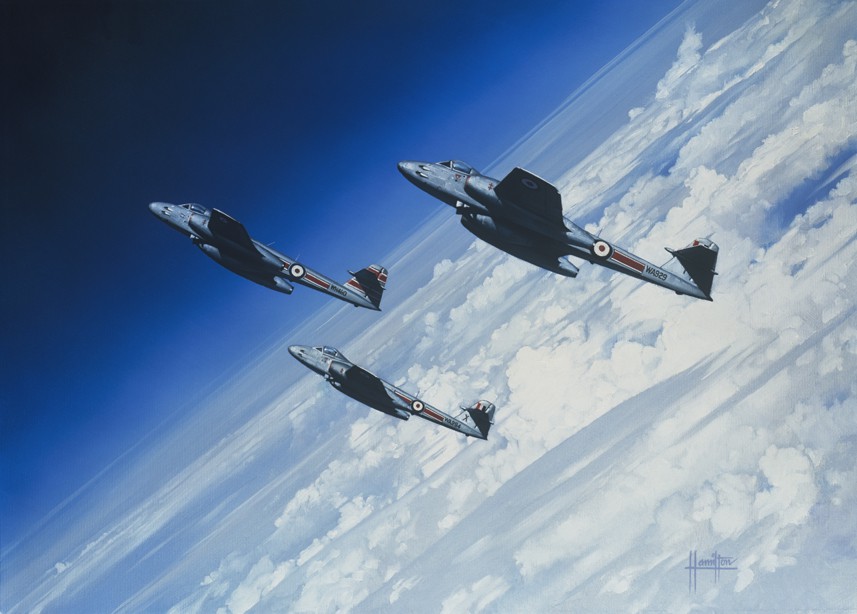 The Gloster Meteor was the RAF's, and arguably the world's, first operational jet fighter, and served as their principal front line fighter from . Although the F8 had lost the lovely characteristic rounded fin of the earlier versions, it is in my opinion still a handsome aircraft.

These 41 Sdn. Aircraft carry the double armed cross on the engine cowling. This can be traced back to the squadron's WW1 activity around St. Omer, the town having the cross in its coat of arms.