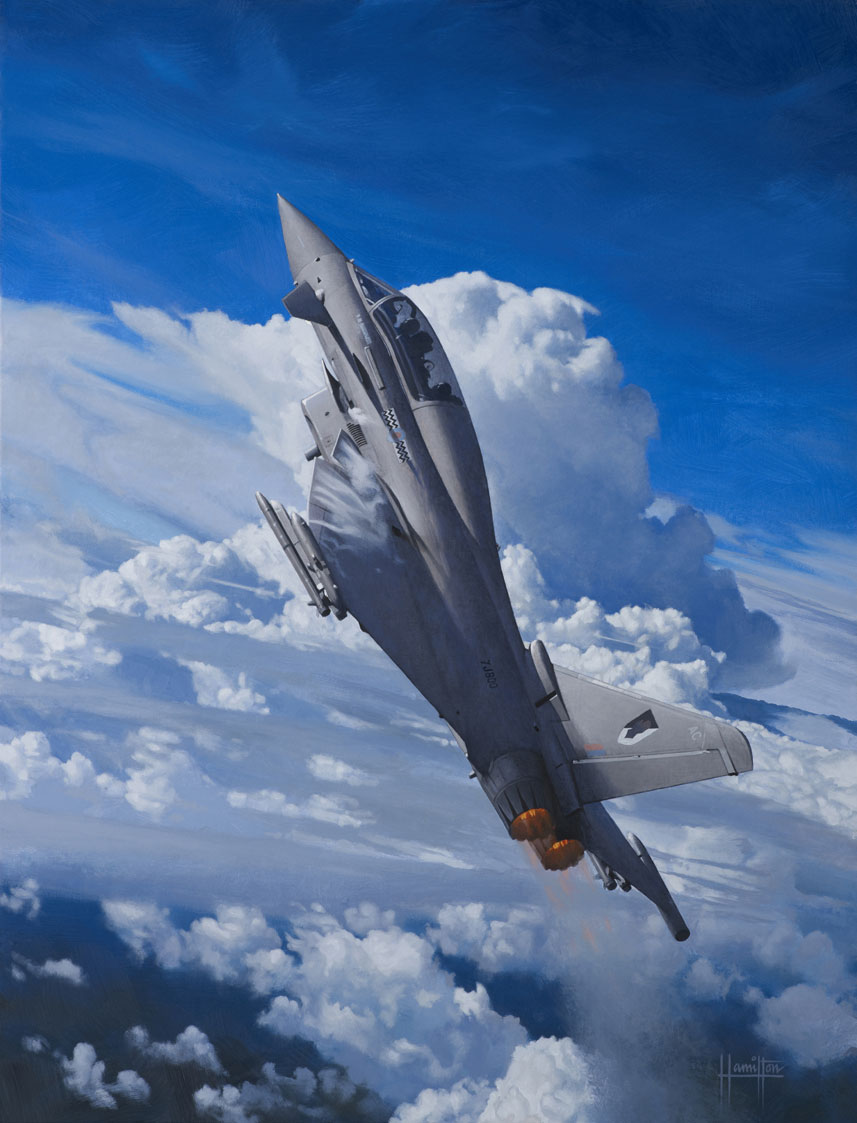 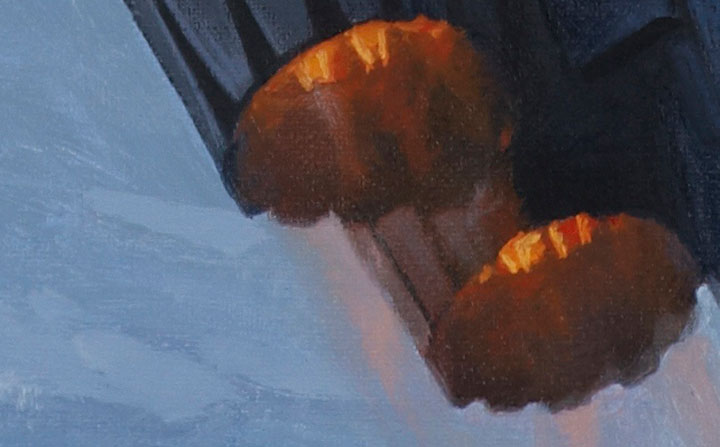 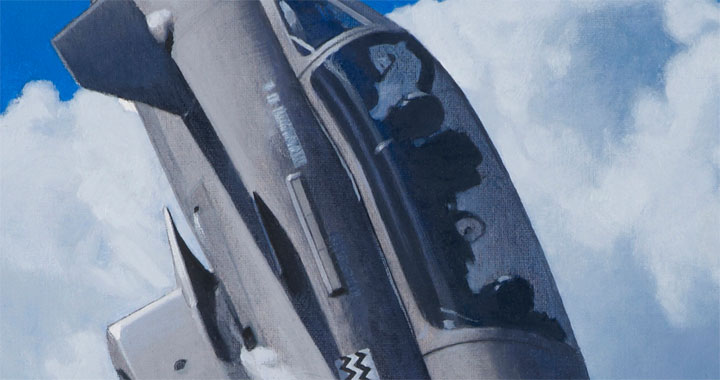 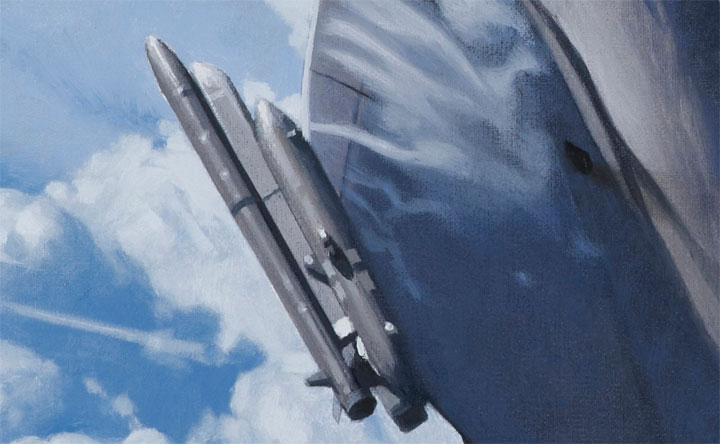 The Typhoon has replaced the Tornado and the Jaguar in the RAF, and also flies with the air forces of Germany, Italy, Austria, Spain and Saudi Arabia. Aircraft will also be exported to Oman.

The Typhoon seems to have had an uphill career from concept to design and manufacture, with various financial toings and froings. However now the aircraft is in development, it has glowing reports from the pilots who fly it. For the RAF, the first to get their hands on Typhoon were 17 Squadron, and my painting shows one of their T1's pulling hard for altitude. Although I am sure it's not to everyone's taste, I actually prefer the look of the two-seat version.

My painting was done as a promotional poster and catalogue front cover image for the 2009 Guild of Aviation Artists Annual Exhibition at the Mall Galleries in London. It is usually held in July, so come and see it if you can.