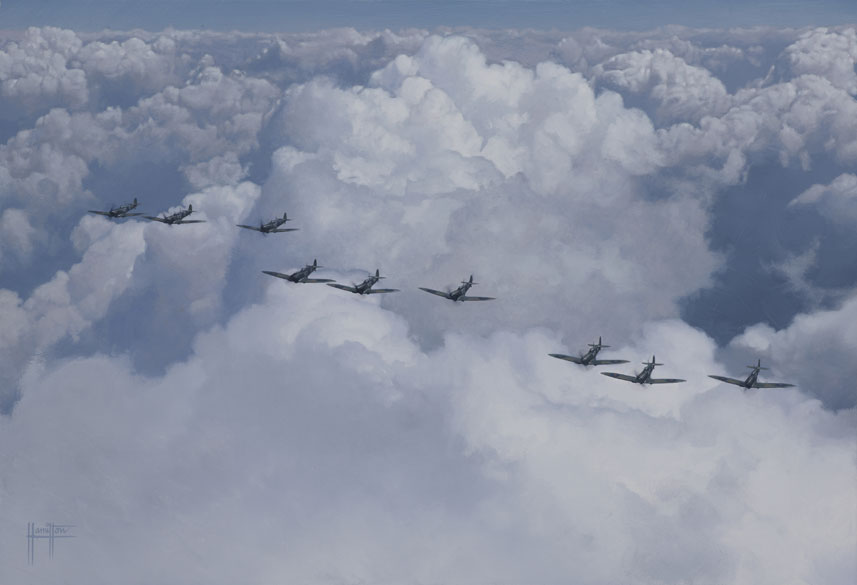 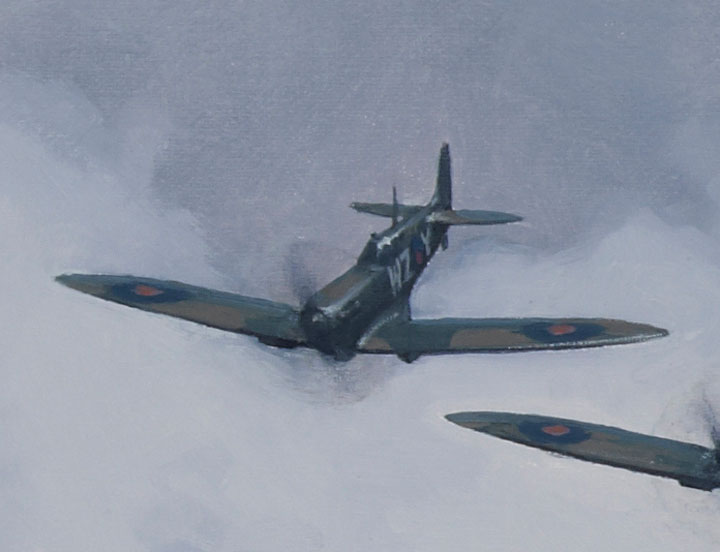 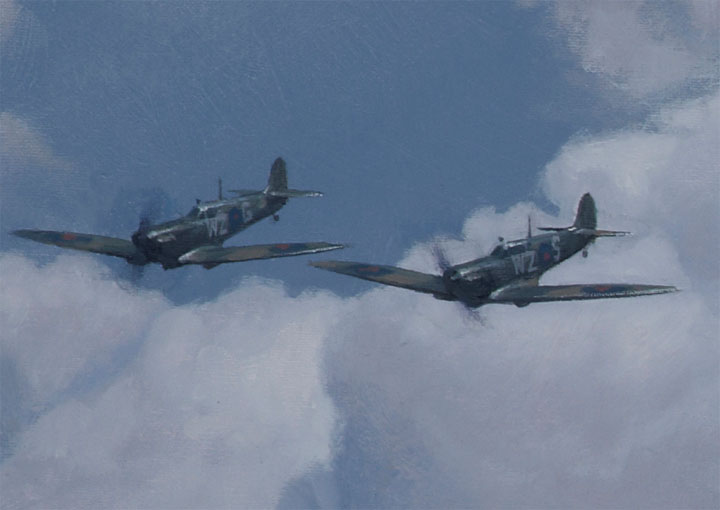 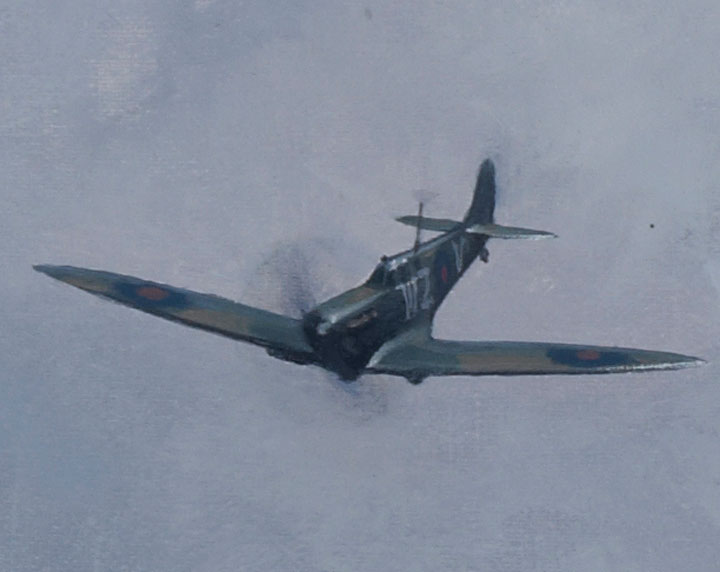 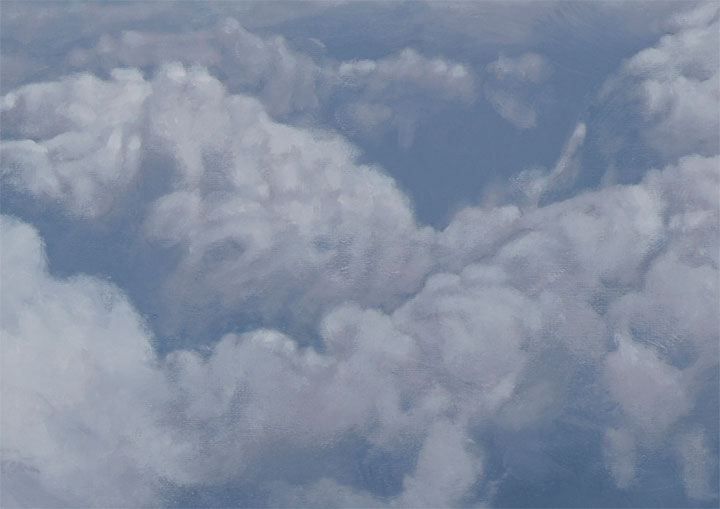 The formations used by RAF Fighter Command at the beginning of World War II were largely down to the commanding officers preference, but were always based on the element or “vic” of three aircraft. This “vic” had its foundation in the Hendon Air displays of the 30's and tactics of earlier wars with slow aircraft. With the development of the modern monoplane fighter, the tactical situation could change much faster and seeing the enemy as early as possible was vital.

The “vic” was basically a leader with two other Squadron aircraft formating closely slightly behind and either side of him. Furthermore, the next element of three had to formate on the leaders “vic”. As can be seen, with all this close rigid flying, there were very few eyes, possibly the squadron leader's, looking beyond the immediate part of the sky the squadron was in. This was not a good way to go about air fighting.

I am still amazed, even with the benefit of hindsight, how Fighter Command stuck so long to this vulnerable formation element, and finally copied the Luftwaffe way of doing things with the “finger four” formation. This was much looser, could be manoeuvred more easily and could be adapted to where the sun was in relation to the formation.