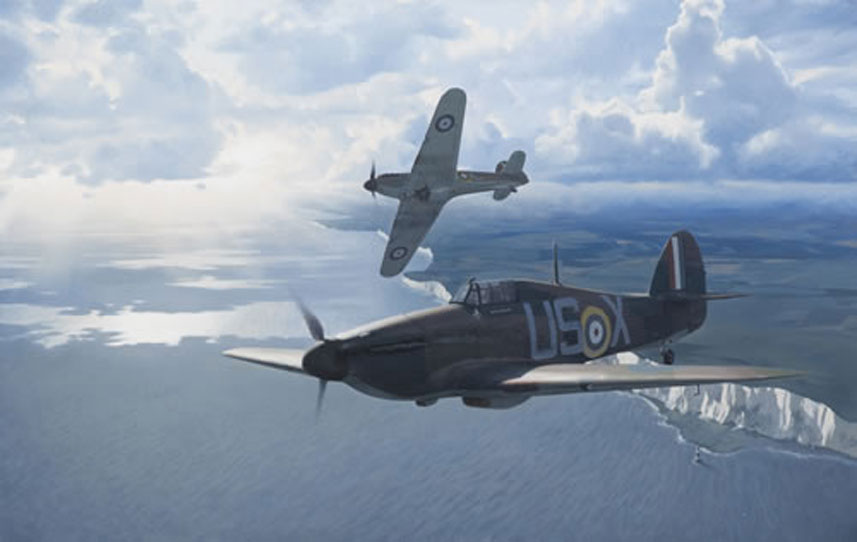 A pair of 56 Squadron Hurricanes out hunting for a bogey reported off the Sussex coast.

56 Squadron had a rich history even before the Battle of Britain, Albert Ball VC and Captain James McCudden having served with 56 during The Great War. Having received their Hurricanes in 1938, they were as ready as any squadron for the shock of the German onslaught in 1939. They fought in the air battles over France and then helped cover the evacuation from Dunkirk. The squadron was then in the thick of the fighting in the south throughout the Battle of Britain, operating from North Weald in Essex. They are officially credited in shooting down over 100 enemy aircraft in 1940.

‘What I Heaven Falls?' is the squadron motto.