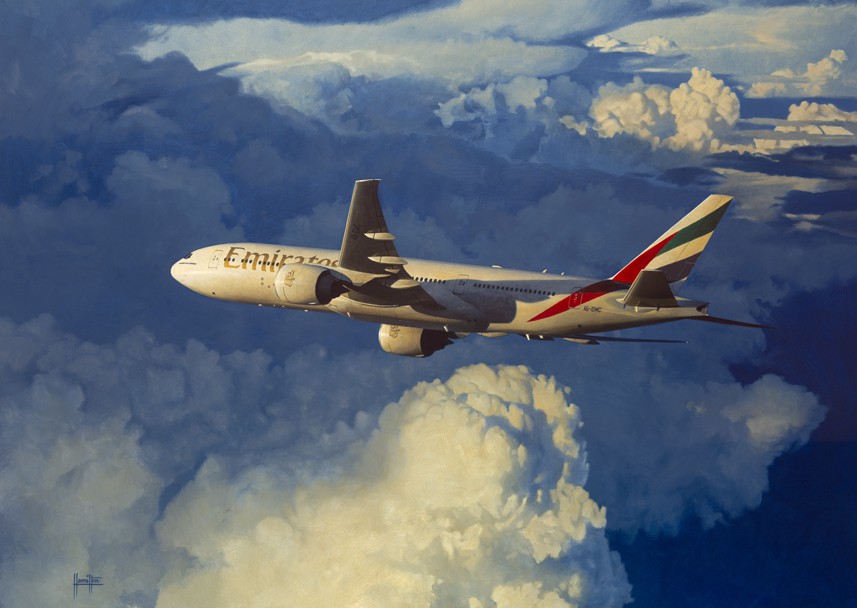 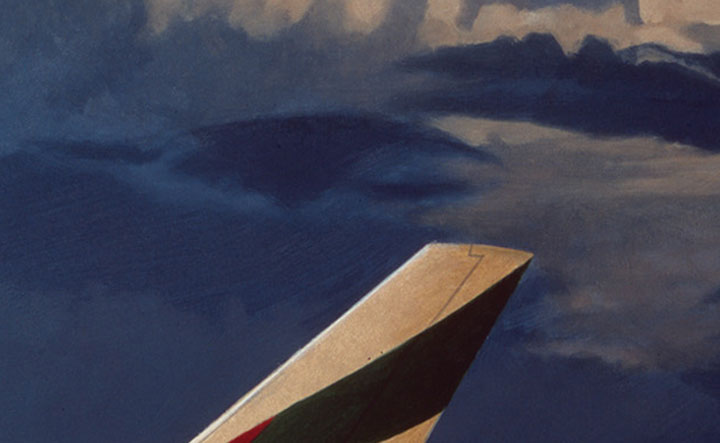 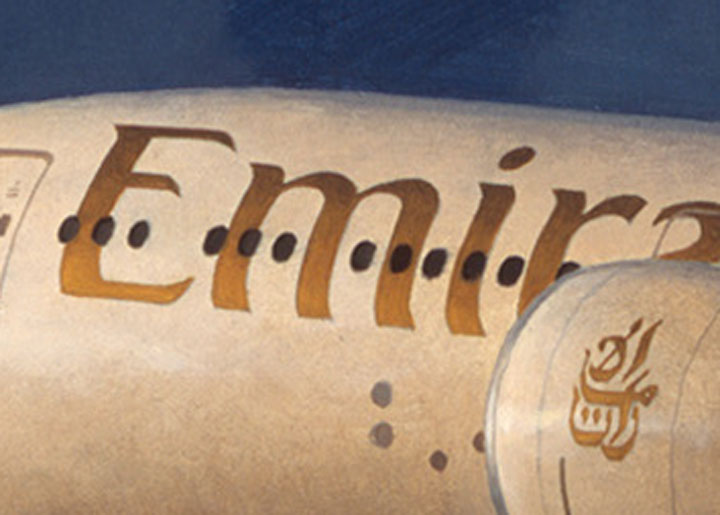 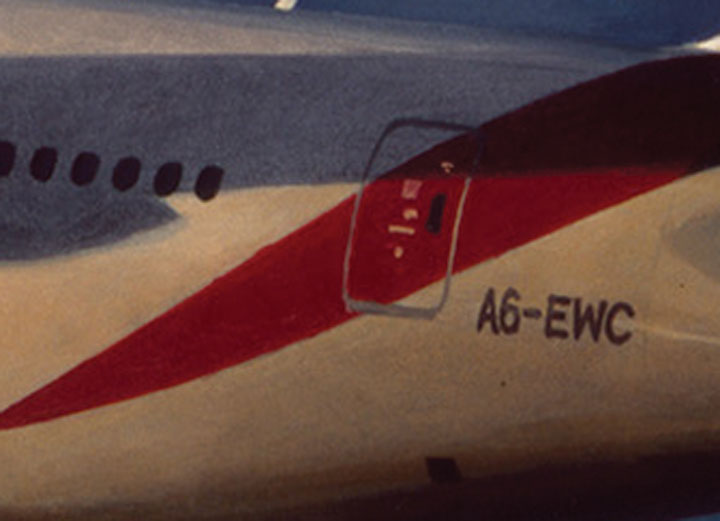 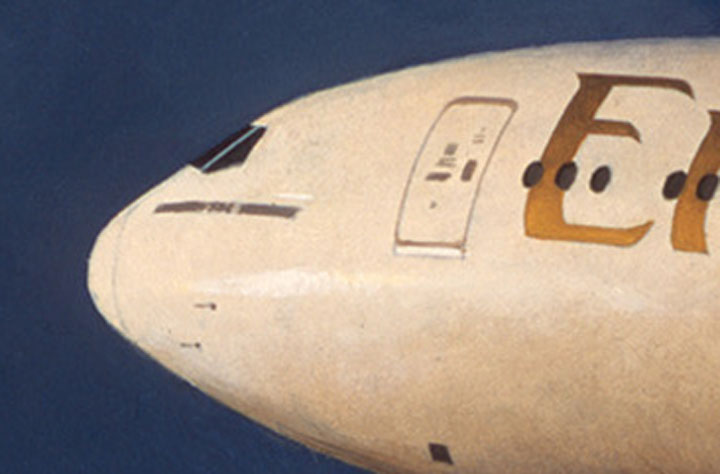 Boeing's “Triple Seven” had an interesting start in life. For the first time, eight major airlines (Cathay Pacific, American, Delta, ANA, British Airways, JAL, Quantas and United) were invited by Boeing to collaborate in building a design model. At the first “Working Together” meeting in January 1990, a 23 page questionnaire was distributed to the airlines, asking each for their input as to what they would like in a new long range airliner. The results of this wish list poll was: A cabin cross-section close to the 747's, a 325 passenger capability, fly by wire controls, glass cockpit, interior layout flexibility, and 10% better seat/mile costs than Airbus's equivalent A330. Having set their goals, Boeing proceeded to design the 777 entirely by computer, the first time this had ever been done.

This particular aircraft, A6-EWC, was delivered to Emirates in November 2007. I must say, I do like the Emirates paintjob; simple but very classy.