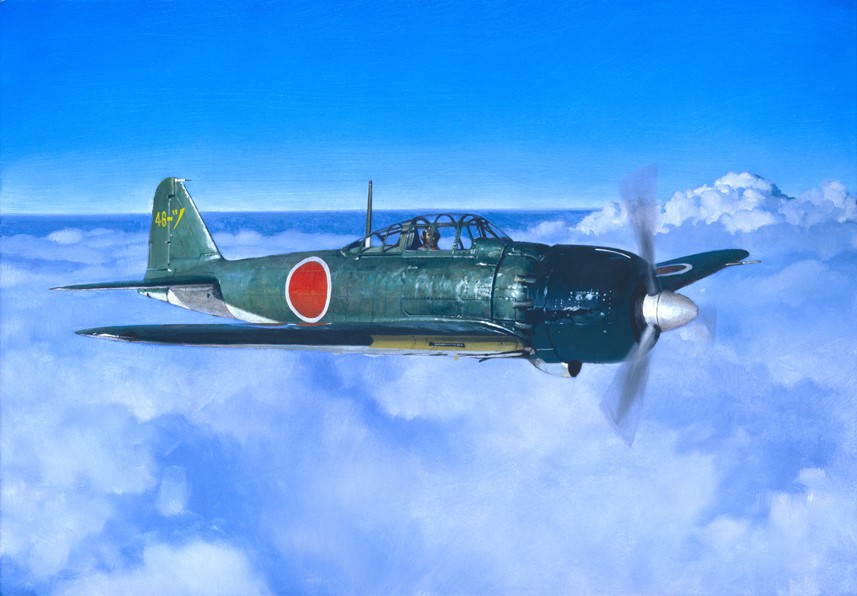 The standard fighter of the Imperial Japanese Navy throughout World War II, the Zero, or to give it it's full title, Mitsubishi A6M2 Type O Rei-sen, was a quite remarkable fighter. During its design a development stage, the aircraft had to be kept as light as possible due to the poor performance of the planned engine. No provision for self-sealing fuel tanks was made, nor armour protection for engine or pilot. This weight saving together with good design and eventually a more powerful engine made the zero a fantastic machine in a ‘turning fight', and a feared opponent for the more powerful but heavier American fighters. Moreover, with a centreline fuel tank fitted, the A6M could achieve an incredible range of 1930 miles.

Fragile, yes. Volatile, certainly. But it could turn on a sixpence and had two 20mm cannon and two 7.7mm machine guns. In the hands of an expert pilot as was the case in the early part of the Pacific battles, it was a very dangerous combination. Pretty good looking too!